Have you ever wondered why do Korean men wear makeup? The answer is because makeup in South Korea is worn by men and women almost equally. For several years now, men have been on par with the opposite sex in beauty priorities. Many of them go to stores trying on different foundation shades and often buy different skincare products. South Koreans buy more cosmetics than men from any other country in the world. Of course, in a country where the image is so important, this is not uncommon. If you want to know everything about why do Korean men wear makeup, we invite you to stay on this blog! 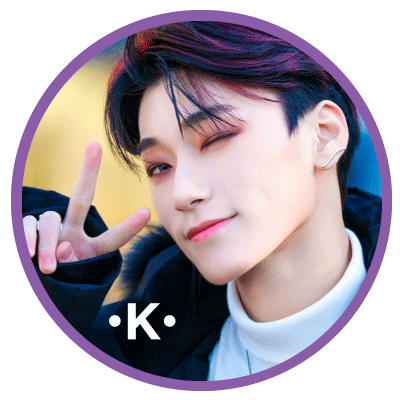 The men of South Korea have begun to promote new trends in beauty and style, this gradually managing to change male beauty. In the West, men wear clothes or colors that distance them from femininity.

So yes, Korean men normally wear makeup for special occasions like their weddings, for example. Seeing a Korean man with makeup is very common.

For that reason, men’s makeup in Korea is common. As an example, there is a Korean beauty brand that makes products specifically for men in the military. Do you know why? Because it is during military service that most men first explore the beauty market. Many men seek to have the same quality of skin as the stars of their country.

Do Korean men use lipstick? 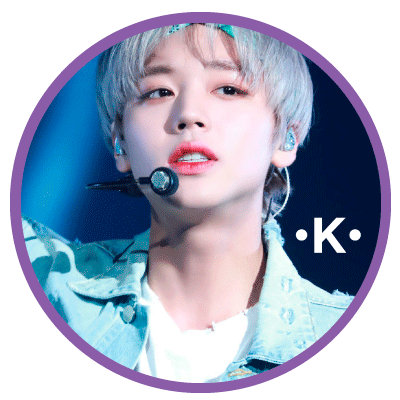 When talking about Korean celebrities, men use makeup just like women. Because of that, it is not unusual to see male stars wear lipsticks.

But when it comes to men in general, there is an idea that everyone is obsessed with looking good. Arguably most are, but in reality, not all focus on their looks or spend the same amount of time caring for them as K-pop stars.

Korean boys don’t care as much about their looks as the stars. In general, their makeup is simpler. Young people wear only lip balm instead of colored lipstick, light foundation, and style their hair.

Why do BTS put on makeup? 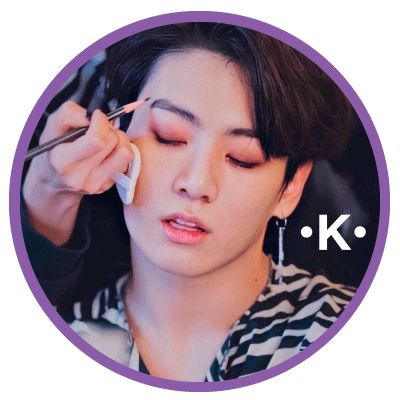 The answer to this question is easy. BTS puts on makeup because they require it.

Like any other group of Korean celebrities, the boys of BTS wear makeup when they are going to be on stage or in front of cameras. Makeup helps perfect the image that is so important to K-pop idols.

Also, have you ever wondered in which industry nowadays male celebrities don’t wear makeup? Makeup is not only made for women.

On the other hand, the makeup of the BTS boys is related to the concepts they use in each of their comebacks. Although in reality, that’s the way it is with most K-pop boy groups.

Why do BTS members look feminine? 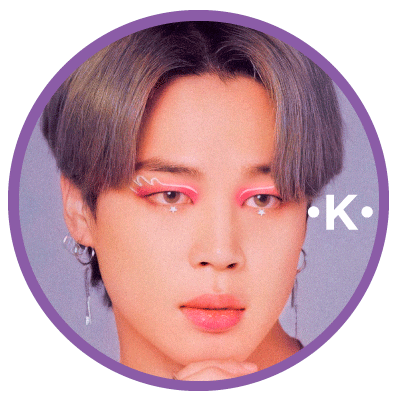 Believe it or not, this question tends to offend BTS fans a lot. It can be hard to distinguish the physical qualities that make an Asian person unique. At least for those people who are not used to oriental beauty.

Because of that, it is easy to understand why many people believe that BTS or any boy group in K-pop looks feminine.

The reasons why they look that way are probably because of their hairstyles or use of makeup.

Even so, in Korea wearing makeup or long hair is not only for girls. Guys can also have bangs, long hair, and makeup without having to be seen as feminine.

What do Korean men use on their lips? 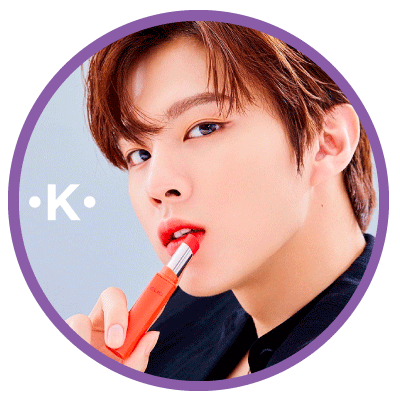 It’s no secret that Korean beauty standards are leading the trends in Asia. Seoul is now the Hollywood of the East, and Korean celebrities are not only famous on the peninsula. Today, if you are a Korean celebrity, you are an international celebrity. They owe that to their talents but also their perfect images. Like female idols, male idols also wear makeup. They wear concealer, eyeshadow, and tinted lips.

That has affected the culture, with more men in Asia now wearing makeup as well. Korean men use lip balms or lip tints on their lips, depending on their preferences. Today’s Korean makeup brands already carry men’s products. For example, the Korean brand Misha has bb cream for men. While the Etude House brand offers lip tints designed for men. It is these types of products that Koreans use on their lips, in addition to balms to keep their lips hydrated.

Korean actors wear lipsticks for the same reason actresses wear makeup. The actors must also wear makeup to make their image more aesthetic in front of the cameras. In addition to lipstick, the actors also wear a full foundation, such as BB cream or CC cream, which are essential in the skincare routine for many Koreans. As well as the other makeup products, the lipstick is there to enhance the actor’s appearance. With makeup, the actors achieve a more elegant and innocent appearance, which are charming aspects even for the “bad” boy characters. In Korea, not only male actors and idols wear lipstick or makeup in general. Other artists like dancers and hosts also use it.

How can I get Korean lips?

Korean makeup is one of the most natural and discreet while highlighting the potential of each person. Where what stands out the most is the softness and smoothness of your lips. Koreans often make up their lips with the gradient effect. This Korean technique creates a more youthful and fresh effect. If you want to have Korean lips, follow these steps:

To achieve Korean gradient lips, you must have a canvas free of loose skin to achieve a perfect finish. In addition to providing a neat appearance, exfoliating your lips will help you get rid of dead cells in that area. Exfoliate your lips naturally with sugar and honey!

Once you’ve gotten rid of the dead skin on your lips, you need to replenish the lost moisture in that area. Balms that contain ingredients like shea butter and olive oil, for example, are ideal for giving your lips a juicy look, as they nourish you and regenerate healthy cells.

This step is optional, but it will make a difference in favor of the gradient. Naturally, the lips have a slightly reddish pigmentation, the intensity of which varies from person to person. This natural characteristic will prevent the purpose of the gradient from materializing since the contrast of tones will not be appreciated. But don’t worry, nothing happens! To avoid this, use concealer and unify your lips so that you get a better canvas to work on.

Apply the lipstick of the color of your choice

With the lipstick you chose, fill in the inner area of your lips. Then you must blend it with the help of a lip brush, make cleaning movements (from the inside out) from left to right. The next step is to apply a lipstick slightly darker than the first shade chosen on the inside edge of the lips. Dab your lips lightly to help them blend. If you want a matte look and want your lips to look “juicier,” apply a neutral lip gloss. Do it with small touches and bring both lips together gently for a better finish.

The question of why do Korean men wear makeup is increasingly recurring among people unfamiliar with the Korean wave. Korean men wear makeup to enhance their appearance, which is significant in a country where the image is so demanding. From celebrities to the man on the streets, they wear some makeup according to their preferences. What do you think of Korean men who wear makeup? Tell us your thoughts on this in the comments. See you on the next blog! 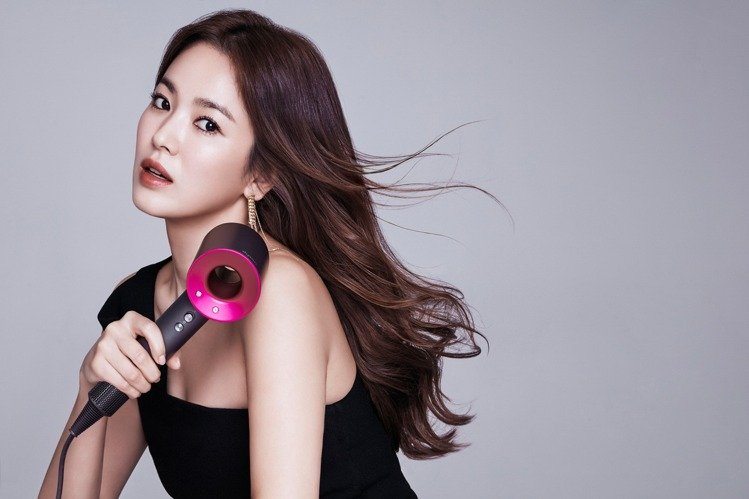 Korean beauty tips: how to take care of your hair in spring? 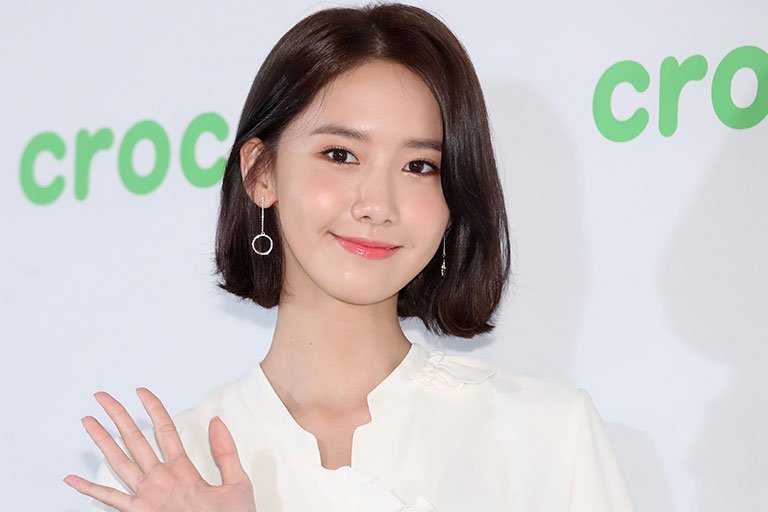 Diamond face: The next beauty standard in Korea

What is the best conditioner in Korea?
0 replies

What jewelry is Korea known for?
Scroll to top