Over the years, K-Pop has become increasingly popular. Now not only do the most famous K-Pop groups gather many solid fanbases around the world. They also collect millions of views on their YouTube videos! If you are a K-Pop lover, you probably already know the most viewed videos of your favorite idols. However, many other videos also have a lot of views. What are the most viewed K-Pop videos? From Gangnam Style to BTS and BlackPink videos, we present you with the most viewed K-Pop videos today. Take a seat and get ready to enjoy this blog!

Know these 8 most viewed K-Pop videos 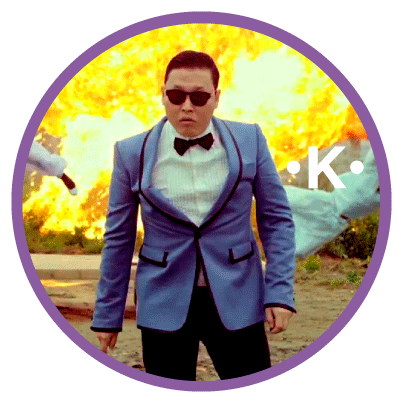 Let’s go back to 2012 and remember when this song became an anthem for many people. The fame that this song reached surpassed the limits, and at that time, it was the first K-Pop video to go viral, so much so to the point of becoming the first most viewed K-Pop video.

In Korea and some other countries, people thought PSY was old school. Also, he had a tough-guy image. He didn’t compare to the CEO image he has now.

For that reason, when people began to know K-Pop thanks to him, he was not the representative image of what is known today as K-Pop. However, he knew how to open a door full of opportunities for the new generations of that time. And also, to the new generations to come.

In case you didn’t know, Gangnam is an upper-class neighborhood in Seoul where young people party. The song humorously captures the culture of the people who hang out in Gangnam. It is also thanks to this that we see significant figures in the video, such as Hyunah. Many celebrities also enjoy the nightlife in Gangnam. On its first day of release, Gangnam Style garnered 500,000 views! It now has over 3 billion views on YouTube! Without a doubt, the horse’s dance step will remain in history. 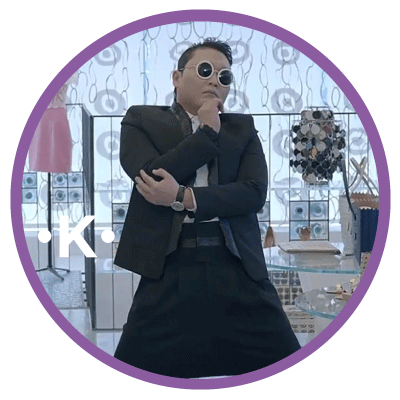 But Gangnam Style isn’t the only Psy video to be among the most viewed K-Pop videos.

Gentleman also has enough views to make this list. While the song didn’t reach the same views as Gangnam Style, Gentleman was also a huge hit. That is indisputable.

However, did you know that the video also received a lot of criticism? As it shows Psy joking with women and many people considered it too sexual an act.

However, in the first two days of its release, the video garnered over 50 million views on YouTube! Something that is not bad at all, after all. 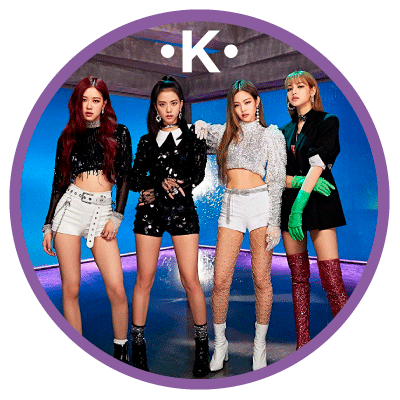 Where are the blinks? Since their debut, the BlackPink girls have had a solid fandom.

These girls know how to steal everyone’s heart! And as proof of them, we have all the visits that they gather in their videos.

We could well take several of them as an example, but one that perfectly captures the fame of these girls is Ddu – du – ddu – du.

With this video, BlackPink became the first K-Pop group to earn more than 1.5 billion views on YouTube. With that, they secured their place among the most viewed K-Pop videos. The song was already the first to pass 1 billion views in November 2020. Also, the 4 members are the second global artists with the most subscribers on YouTube! They have more than 54 million subscribers. 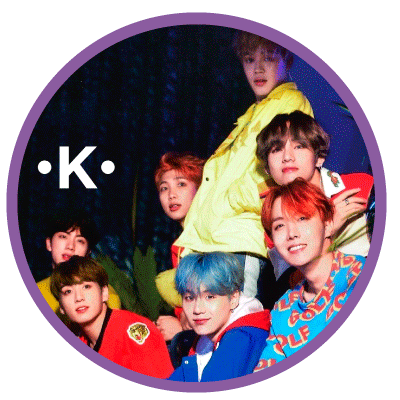 But they also owe it to Army, which is an aggressive and organized fandom. Above all, when they must give views of BTS videos.

And who wouldn’t? If these guys also know how to win the hearts of many people.

Although all of their videos are highly viewed, DNA, their most successful song of 2017, has the most views. Did you know? The video achieved 1 billion views on YouTube in June 2020. It did so by getting millions of views on YouTube in just 24 hours! Also, it stayed on the Billboard Hot 100 chart for four weeks in a row. 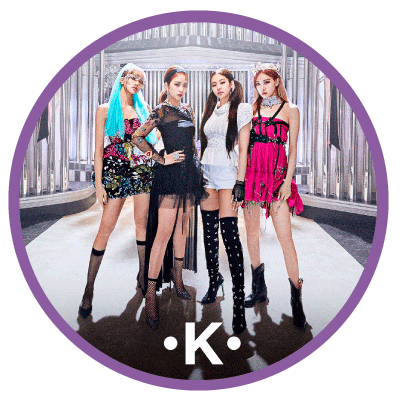 The blinks continue to prove that they are also a strong fanbase when it comes to their girls. Kill This Love is another BlackPink video that demonstrates how powerful Blinks can be to play their videos.

Why? The video has over a billion views on YouTube!

However, it also received media attention when the dance practice video for the same song was released on BlackPink’s official YouTube channel. KBS banned the music video for violating Korea’s Road Traffic Law.

Why? Because there is a scene in the video where Rose is driving a car at high speed without wearing a seat belt. The media attention helped this music video gain a lot of attention after its release. Kill This Love is one of their most popular global songs! Also, with that song, in the first week of the release, they ranked 41st on the Billboard Top Singles Chart. 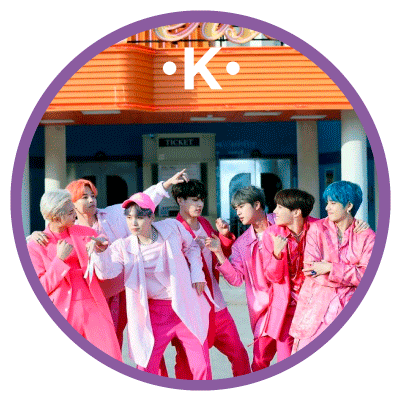 Did you know that many may not know BTS from DNA, but Boy With Luv?

That’s how it is!

On this occasion, the group collaborated with singer-songwriter Halsey.

They created this music video together that also reached 1 billion views on YouTube.

In addition, Boy With Luv also reached number 8 on the Hot 100. Thanks to that song, BTS opened a space in the American market. 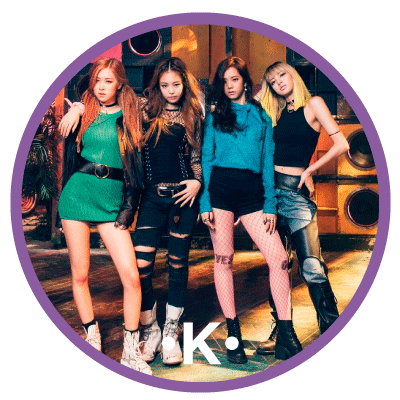 We are back with BlackPink! The girls get back on the list of the most viewed K-Pop videos thanks to their third video to reach one billion views on YouTube.

Boombayah is their debut single. It was released along with “Whistle”.

4 years after its initial release, Boombayah hit the 1 billion views mark. Without a doubt, it was one of their first successes.

Also, did you know that no K-Pop group has had 3 music videos that have reached the 1 billion views mark on YouTube? These girls achieved that. 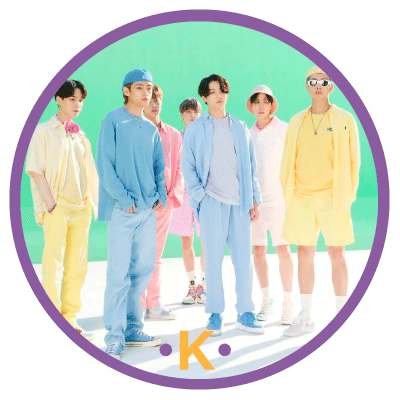 Everyone knows that BTS made history in 2020 when Dynamite became the best 24-hour debut of a music video on YouTube. They did it with over 100 million views! The song is a disco-pop song in English.

It has a very upbeat vibe and was a trend on other social media, like TikTok. Thanks to all that, Dynamite is officially the most-watched music video premiere on YouTube.

It was a goal Army was trying to achieve since BlackPink’s How You Like That previously held the record. They got through it without much trouble.

In addition, the guys from BTS were able to do their television performance of Dynamite at the 2020 MTV Video Music Awards. BTS earned their first Grammy nomination in the category Best Pop Duo / Group Performance for Dynamite. And even though they didn’t win, they did a great job.

Which K-Pop group has the most views?

As you have seen so far, the K-Pop groups with the most visits on YouTube are BTS and BlackPink. However, Twice has also managed to stand out among the most viewed K-Pop videos. So far, BTS is the most viewed K-Pop group on YouTube. They have over 5.5 billion visits. On the other hand, BlackPink ranks second with 4.6 billion views. And just as we already mentioned before, Twice could be in third place thanks to its more than 2 billion visits over one year. But without a doubt, these K-Pop groups will continue to add more visits as more videos and music premiere.

Surely the answer will not surprise you, but BTS also takes the record for the most-watched K-Pop video in 2021. They did it thanks to their song Butter. It was a hit on all platforms, also occupying a position in the Billboard Hot 100. These guys continue to achieve success, and their fans are always there to position them as the most viewed on YouTube.

What are the most viewed K-Pop videos? Psy, BTS, and BlackPink are the K-Pop celebrities who get the most views in their videos. They have set world records! Every song they release is so well received by all of their fans. What other videos would you add to this list? Let us know in the comments. See you on the next Korean Fashion Trends blog!

K-pop Idols who have had red hair

Know the most famous visuals of K-Pop

What are the trendsetting male K-Pop groups in Korean fashion?
0 replies

Can you use bright colors in winter according to Korean fashion?

How is the couple’s fashion in Korea?
Scroll to top