Do Koreans wear modern hanboks? The answer is yes! It is the typical Korean costume and is an essential part of Korean culture. Modern hanboks are nothing more than an easier-to-dress variant of classic hanboks. The Korean love for hanbok is undoubted. The number of people wearing hanbok styles changed to suit everyday clothing continues to rise. In addition, many enjoy the hanbok excursion by renting one from the hanbok rental shops that you can find in Seoul and elsewhere in Korea. Stay on Korean Fashion Trends if you want to know more about Korean hanboks! And find out everything about Korean hanboks with us.

Is it okay for foreigners to wear modern hanboks?

Yes, a foreigner can wear a hanbok without problems! However, as a foreigner, wearing a hanbok should be done with respect and appreciation, especially if the person wears a hanbok around other people who will see the garment. With the right hanbok boutique, foreigners can get a hanbok customized or tailored to their style and body shape. With the help of specialists, foreigners can find the perfect hanbok. In that way, with some discretion and common sense, you won’t look weird in it.

Many natives consider that seeing a foreigner wearing Hanbok is stunning. Why? Because that means that they are interested in Korean traditions and culture. However, there are few other Koreans who are uncomfortable seeing foreigners wearing hanboks. But foreigners should not worry about them. Compared to those who do accept it, they are less. So if you go to Korea and have the opportunity to wear a hanbok, do it with confidence because you can do it.

Would Koreans get offended if a non-Korean wore a Hanbok?

Just as any foreigner can wear a hanbok, you can do so without fear of offending someone. Wearing hanbok is a big business because many establishments decide to rent this type of clothing to tourists. Also, if you wear hanbok, you have free entry to Korean historical palaces. In Korea, every weekend you can see hundreds of non-Korean tourists strolling around the area wearing hanboks. They also go to restaurants, shops, and parks wearing typical Korean clothes. Some natives will recommend that you try it out and take pictures if you go as a tourist to different cultural places.

Who wears hanboks in Korea?

Do Koreans wear modern hanboks? Both young and old wear the hanbok for special events, such as weddings, parties, holidays, etc. Many Koreans own a custom or custom-made hanbok. Young children use it more often than adults. But actually, older people also use it frequently. In Korea, it is traditional for people to wear traditional outfits on days like lunar holidays and Thanksgiving. That includes ex-pats and all foreigners who marry Koreans. They also often take wedding photos with the outfits.

Also that it is a culture for a couple’s family members to wear hanbok at their wedding. It is also a culture for parents and children to wear hanbok at young children’s birthday parties. People wear it as stage costumes, professional apparel, celebration apparel, Christmashttps://www.koreanfashiontrends.com/christmas-in-korean-fashion/ apparel, trend, etc.

Can a black person wear a hanbok?

Yes, a black person can wear a hanbok. Anyone can wear a hanbok as long as they respect the culture and the people. If you show respect for the story behind the garment, there will be no problem wearing hanbok on the streets of Korea. If a person (be it white or black) uses it just for fun, to make fun of Koreans, or something similar, that is not acceptable.

When you visit Korea, especially around Kyungbook Palace, Bukchon Hanok Village, or Korean Folk Village, you will see many hanbok rental places where you can rent all kinds of hanbok. There you can see that not only Koreans use them. You will also see many foreigners using it. Koreans like to share their culture and tradition with foreigners. So don’t worry about your skin color. Whether you are a black person or not, you can wear a hanbok.

Where can you wear hanbok in South Korea?

Unlike North Koreans, who still wear hanbok regularly, it is not common in South Korea to wear it regularly. As we have already said, it is used only on special occasions. But beyond that, there are specific places where natives and foreigners can wear hanboks to walk the streets of Seoul or for photos. In places like Gangnam, you won’t see Koreans walking around wearing hanbok. There is more Korean fashion, especially street style. However, if you ever go to Gyeongbok Palace or Bukcheon Hanok Village, you will see Koreans walking in hanbok of all colors and designs.

When did Korea stop wearing hanbok?

During the history of hanbok, there were generally few changes until the 19th century, when Western dress became more popular. Japanese colonial rule followed. Hanbok finally went out of style in the early 20th century. After World War II and the independence of the Korean peninsula, the hanbok had its comeback and was used again for special occasions in both North and South Korea.

Modern interpretations of the hanbok have even made their mark on the international circuit. Using hanbok will probably decrease over time, but one thing is that it will always remain as the typical costume and will continue to have the importance that it retains until now. Because of that, nobody knows when Koreans will stop wearing hanbok. Maybe, in the future, it will continue to be kept for special occasions, or maybe not. But it will likely maintain its unique position in Korean culture as it has for 2000 years.

If you ever wonder “Do Koreans wear modern hanboks?” Remember, the answer is yes! Because modern hanboks are modernized garments of the classic design, so wearing them provides more style and ease in terms of the garment. They are a practical and fashionable alternative that many young Koreans are using, including K-pop idols! Do you also dare to wear a modern hanbok, or do you prefer the classic one? Let us know in the comments! And remember to visit us every day. In that way, you don’t miss anything about K-fashion, your favorite fashion! 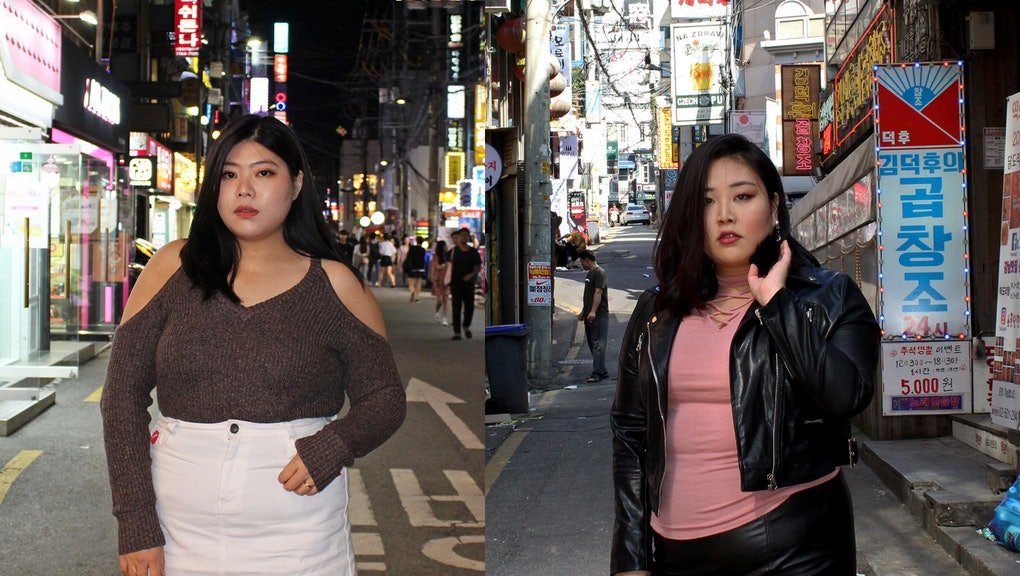 What is considered plus size in Korea? 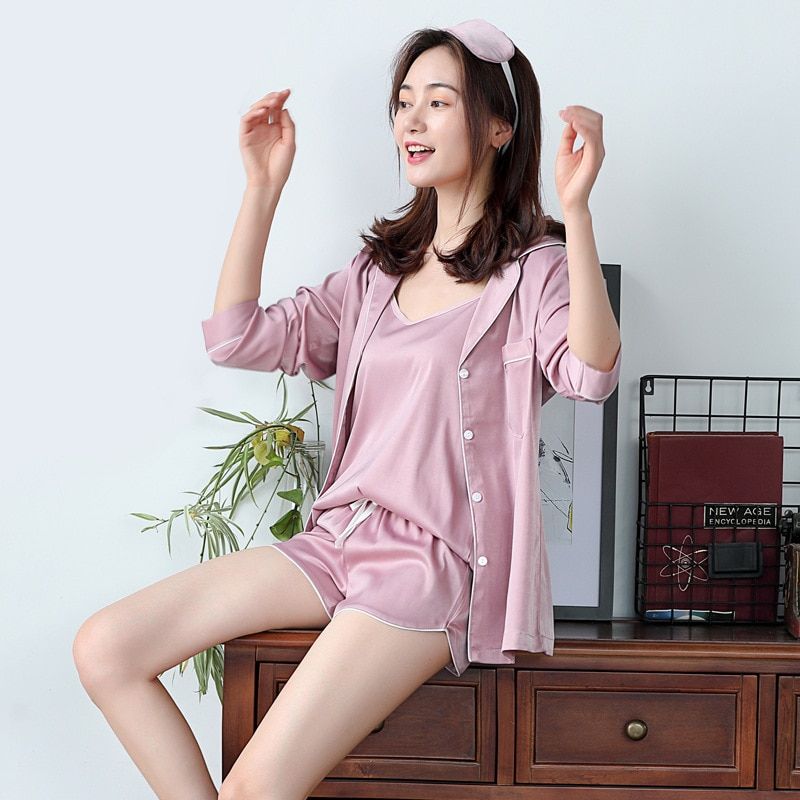 How is the best Korean sleepwear? 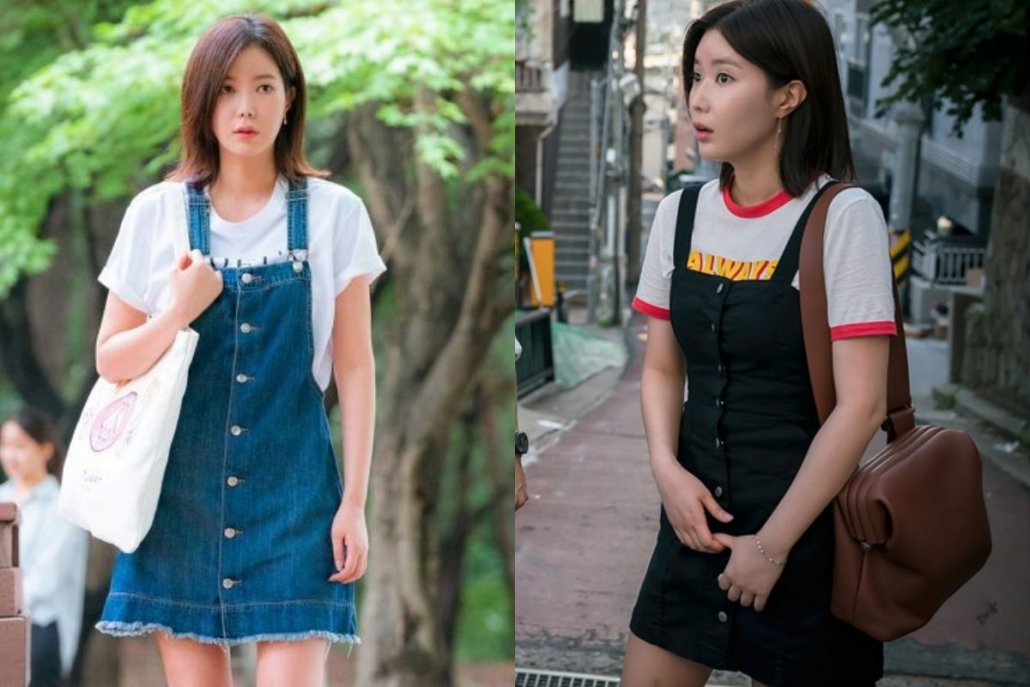 How to achieve an outfit like the AESPA girls?
0 replies