It is not enough to know the current trends in Korean fashion. If you want to know more about K-fashion, it is necessary to travel many years back. In that way, you will know the typical clothes that, after all, are part of Korean history and are the first garments of Korean origin. Are you an admirer of Korean fashion but also of its history? Then read on to learn the history of Korean traditional fashion. Who knows? Maybe you’ll dare to wear one of the many fabulous hanboks out there.

What is Korean traditional fashion?

Korean traditional fashion is recognized thanks to the hanbok. Korean hanbok (in hangul 한복) has its roots tied to North Korea, northeast China, and Mongolia. People wanted to facilitate the movement of everyone, and from that thought was born Hanbok. For that reason, you can see that Korean fashion thinks about the comfort of everyone since its inception. The fundamental structure of traditional Korean clothing emerged during the Three Kingdoms of Korea (57 BC to 668 AD), and the design features remain without any significant changes to this day. It was a garment that many wore daily until about a century ago. However, although that has changed, the hanbok is still very significant in Korean culture. Currently, people wear their hanboks on special occasions and holidays.

The hanbok has several classifications. First, in clothing for daily, ceremonial and special use. Second, by gender, age, and season of the year. But beyond the differences in these classifications, the main aesthetic framework of every hanbok focuses on the Korean taste, the respect for nature, social values ​​, and the Confucian dress code: it emphasizes colors primarily. Because of that, another attribute that stands out from typical Korean clothing is bright colors.

What do the colors of the hanboks represent?

The traditional Hanbok had many bright hues. Those shades corresponded to the five elements of yin and yang theory: white (metal), red (fire), blue (wood), black (water), and yellow (earth). But besides that, the colors also symbolize the social position and the marital status of their citizens. Middle-aged men and women wore muted tones. Single women often wore hanboks in two colors, such as yellow and red, while married women wore green and red, but women with children wore navy blue. The upper classes wore a variety of different colors. It was more dynamic, and with more opportunities to vary the typical costume. On the contrary, the working class and the poorer had to wear white and paler shades on special occasions.

Korean traditional dress culture is very symbolic as it is also full of many codes. The colors of the hanboks told you a lot about someone, like their social class, if a woman was single, married, or with children, and at the same time, those colors represented some element of nature. Korean traditional fashion is full of poetry and history. 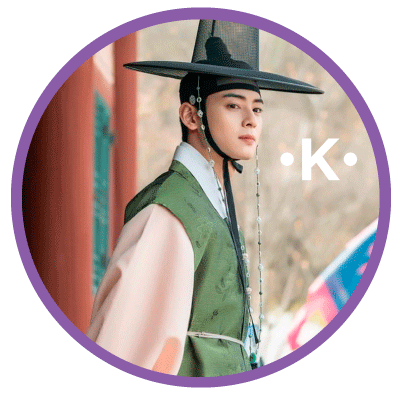 These hanboks consisted of wide trousers tied at the ankles and a jacket with wide sleeves.

It was an outfit that a vest or coat could complement during winter.

In ancient times, men wore long hair for the honor that it meant.

That was part of the style of that time.

The women wore baggy underpants called sokbaji, an underskirt or sokchima, and a tight skirt below the bust.

At the top, they wore a wide-sleeved shirt that fitted with a large bow on the chest. 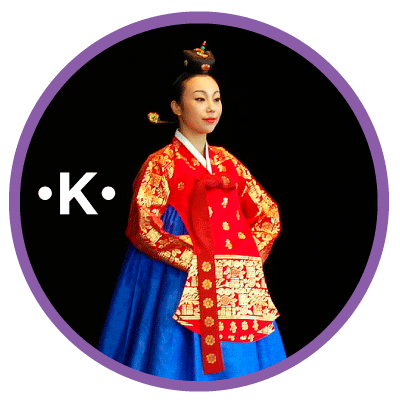 It refers to the formal dress of government officials. From the Silla period to the Joseon dynasty, this hanbok was famous.

Only upper-class people could wear it. 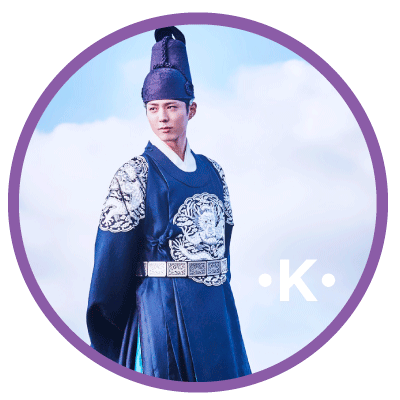 It was the Hanbok designed exclusively for kings.

It had dragon decorations embroidered in gold thread.

Monarchs wore the Gonryongpo as an official dress during the days when vassals and officials met for audiences.

The hanboks worn by kings were different from those worn by princes in terms of design. 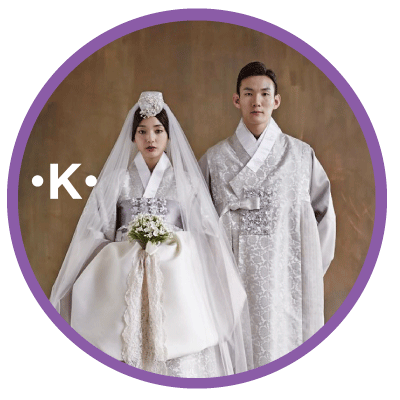 In the traditional Korean wedding, the bride wears a red shawl, the jeogori is more ornate, and she also wears wonsam, a type of women’s clothing. As an accessory, they wore a yongjam, which is an ornamental pin in the shape of a dragon’s head. On top of their head, they used to wear a jokduri, which is an artificial hairstyle with jewels. The wonsam had very long sleeves.

In this way, the hands of brides were not visible. The bridal Hanbok had decorative figures like dragons, peonies, and other flowers that indicated wealth and prosperity. Because of that, Korean traditional fashion is very symbolic.

The design of the wedding hanbok for men was relatively simple. Wearing a special hat called a samo-gwandae was significant because it was a hat that administrators used to wear during the Joseon dynasty.

What are the parts of the hanbok?

The jeogori is the top garment of the hanbok, in both men’s and women’s hanbok. It is a garment that covers the arms and torso.

In Korean, the word chima is equivalent to a skirt. There are several kinds of chima: single-layer, double-layer, and padded. The Pul-chima (풀 치마) is the chima with a folding back, while the Tong-chima (통치마) is a tube skirt. The color of the chima is different according to the social position of their people.

The term baji indicates the lower part of the hanbok for men. Baji means pants. They are baggy and tight at the waist.

The word dopo indicates the Korean coat. When people wore dopo, it often played a significant role in showing courtesy. Generally, the dopo is worn in the feminine chima or on the masculine jeogori.

The jokki is a type of vest, and the magoja is a type of jacket. Although both the jokki and the magoja were created in the late Joseon kingdom when Western culture began to affect Korea, the two garments are considered traditional clothing. Each of these garments is used on a jeogori to provide warmth and style. The magoja was a garment exclusively for male use, but later it became unisex clothing. However, the magoja for men is longer than for women. The magoja is made of pieces of silk and has one or two-button ornaments.

Today’s Korean fashion has not forgotten its roots. Because of that, many fashion brands have modernized the hanbok by adding details and different ways of wearing it that are more modern avant-garde. But although this current version of hanboks exists, Koreans still wear hanboks on special occasions. In fact, those who are more attached to their tradition still marry wearing ceremonial hanboks. If you like Korean fashion, you will surely want to try on a hanbok at any given moment. Even if you cannot travel to Korea, you could try Korean traditional fashion. When other countries celebrate Korean festivals, there is usually the possibility of wearing a hanbok and posing for some photos. It is quite an enjoyable cultural experience that you should not miss.

We invite you to continue reading our blog to stay connected with K-fashion trends.

How to dress on a first date wearing Korean fashion

Dress differences between North and South Korea
Scroll to top