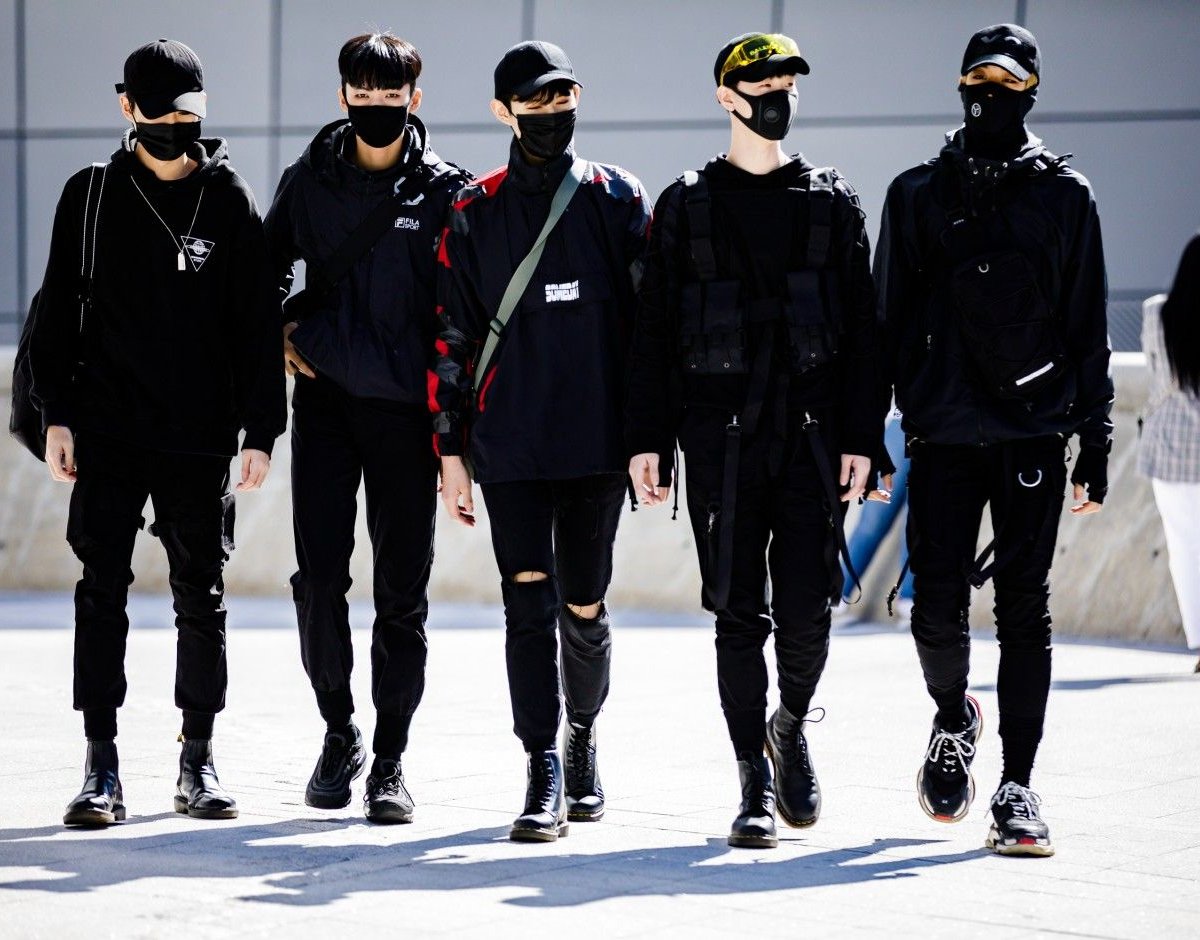 Cyberpunk offers styles that look like something out of a sci-fi movie. It is an alternative fashion, very urban and showing a futuristic look. Cyberpunk has become a street style. It is a fashion that you can recognize by its rebelliousness and its urban style. As Asia is its main inspiration, this style combines perfectly with its streets and large neon lights. Today in Korean Fashion Trends, we tell you how Korea and Asia are important in this subculture called cyberpunk. Know all about Korean cyberpunk fashion with us!

If you want to know all about Korean cyberpunk fashion, the first thing to know is what cyberpunk means. In 1983, the American Bruce Bethke created a subgenre of science fiction, cyberpunk. It is the subgenre focused on the rebellious use of technology under the archetype of science fiction. Bruce developed a futuristic alternate reality inspired by the 1980s. He took Asian influence, as he considered Asia as the technological future of the world. Bethke creates the story about children who lived immersed in a purely technological society, with their own culture, different from that of the dominant society as it appeared at that time. He describes the process of creating neologism.

What is cyberpunk style?

The history of the cyberpunk style tells us a dystopian world with a perfect technological influence in which there is a gap between social classes. The best example of this is the famous anime and the movie Ghost in the Shell, where traditional Japanese clothing is adapted to the technological environment. Stories based on cyberpunk show us a very particular style of clothing, which derived from the differences between societies. Ranging from the minimalist in black and white colors with neon accessories. Or in metallic colors to clothing adapted in black as a sign of rebellion. And, of course, the poverty of a divided society. Those are traits you can easily find in societies like Korea, where there are so many social differences.

Korea is an inspiration and exponent of cyberpunk fashion?

Yes, Korea inspires and exposes cyberpunk fashion at all hours. As previously mentioned, Bruce took inspiration from tech cities with Asian features to create his Cyberpunk novel and comic. With the rise of Asia in terms of development and modernity, large cities such as Seoul, Shanghai, Tokyo, Shenzhen, etc., are a clear example of technological development and an ideal environment for cyberpunk.

Young people who have found a way to express themselves through cyberpunk fashion took these cities as their catwalks. They have also combined traditional clothing from each country with the dystopian style of this trend. Because cyberpunk fashion is a street style, it is common to visit Korean streets and find people wearing urban outfits that fit the cyberpunk style.

How do you wear cyberpunk clothes?

Layers, leather, jeans, extravagant hairstyles are just a sample of this style that generates controversy when defined. Cyberpunk can manifest itself in various ways that respond to the individuality of each follower of the genre. Leather, long coats, and dark colors are the protagonists of dressing in cyberpunk fashion. That is one of the reasons that makes this fashion so fascinating. Furthermore, in cyberpunk fashion, masks and visors are no longer just items to prevent the spread of viruses. They are, in fact, authentic fashion accessories.

When it comes to wearing these cyberpunk fashion garments, it is significant to remember that today, cyberpunk fashion goes beyond the appearance of the garments or what they seek to communicate. The focus now is also on producing carefully studied materials that are waterproof, breathable, sustainable, and that protect the person using them. Likewise, the avant-gardes and trends are increasingly mixed. And clothing also responds to the times that society faces.

How do I get a cyberpunk aesthetic?

If you want to know what the cyberpunk aesthetic is like, you should think about films like Blade Runner, The Matrix, or The Fifth Element, among many others. The aesthetic contains many neon colors as well as the color black. If you want to start dressing in a cyberpunk style, the first thing you should consider is acquiring leather. Also, you will need layers and unusual accessories that fit this aesthetic.

A current reference to the Korean cyberpunk style is the leader or moderator of the game in Squid Game, a Korean series that was crowned the most-watched series on Netflix. This character always wears a black suit with a futuristic-looking mask. Of course, if you don’t want to, you can not wear a mask, and instead, you could use square and modern glasses, which have a 100% cyberpunk look.

What are the elements of cyberpunk outfits?

Black jeans are essential for cyberpunk style. Coated/waxed jeans are of particular interest. It is regular denim that has been treated with paraffin, polyurethane, or acrylics. That gives it a leather-like appearance, as well as limited resistance to water and spills.

Many of the leathers that fit the Cyberpunk look have asymmetrical, futuristic cuts and fitted cuts.

Science materials and textile research are the driving forces behind tech apparel. But many brands have the sleek combat lines we crave. Military-style clothing often finds its way into cyberpunk fashion, usually in bags and combat pants.

Functionality is sought after by cyberpunk fashion in general, but in footwear, it is a must. Gothic/riveted boots are often too bulky to be practical and sometimes poorly constructed. Combat boots are a great inexpensive option.

If you are a lover of K-Fashion, you have to know all about Korean cyberpunk fashion. By doing so, you can take your street fashion to futuristic levels. This fashion focuses on basic garments but is full of elements that make them different from the others. Do you like Korean cyberpunk fashion? Tell us in the comments. See you soon in the next blog!

How to style a white shirt according to Korean fashion?

How to style neutral colors according to Korean fashion?

Know all about Korean urban-chic style

How to wear a harness according to K-Pop Idols? 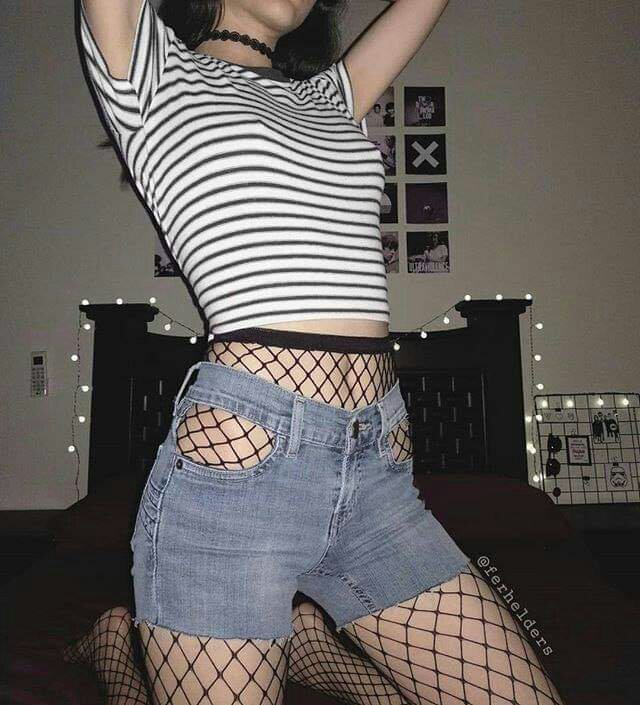 Korean outfit ideas you can make by wearing fishnet stockings 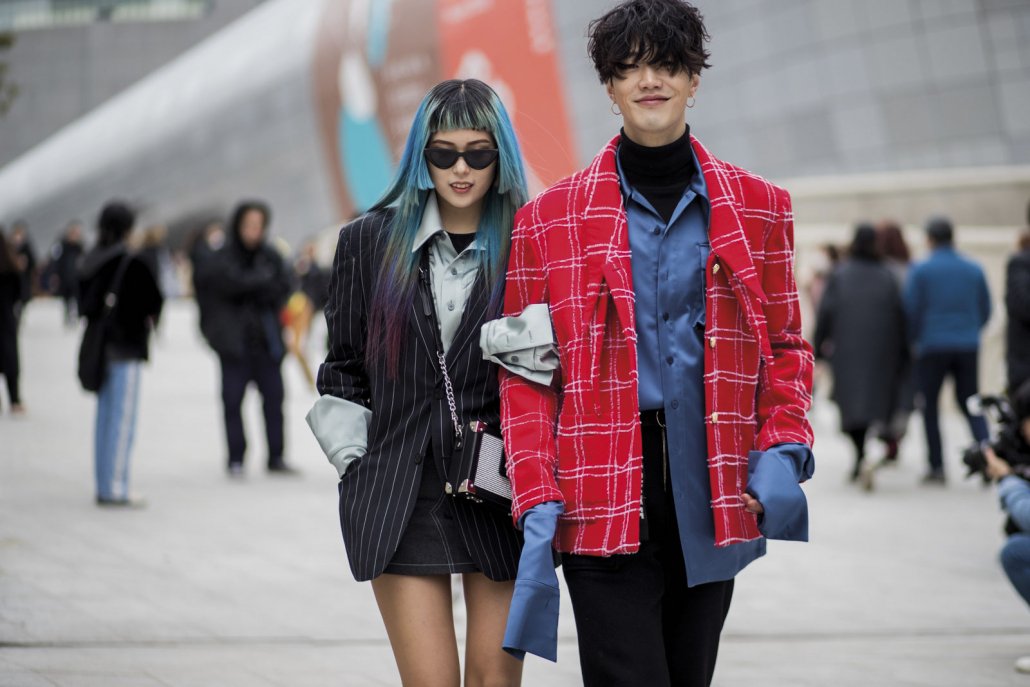 What is the impact of Korean fashion in the world?
0 replies

How to achieve an outfit like the AESPA girls?
Scroll to top