Which K-Pop member has a child?

Park Joon Hyung is the father of a little daughter that he occasionally reveals on his social media, where he appears as a loving figure to his family.

She is a woman not involved in the music industry.

Among K-pop idols who are parents, Park Joon Hyung constantly spreads tenderness to all his fans through the photos he always shares of his children. 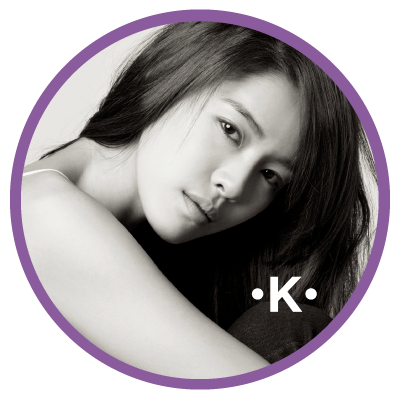 The leader of the former After School is a happy mother of two!

Kahi’s side as her mother is adorable.

All of her fans love to see her happy with her children. 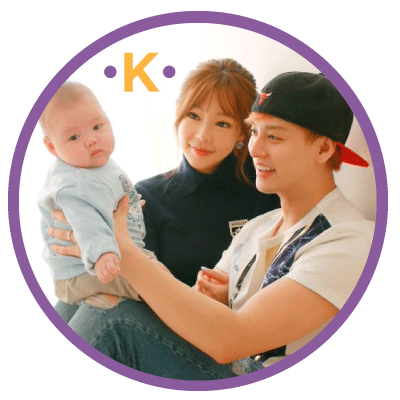 The member of the legendary K-pop band is the father of a baby much loved by the community who follows the idol.

Although he keeps his life private, he has shared videos of living with the little one.

At some point, it was unreal news for his fans.

But currently, he is one of the K-pop idols who are parents who receive the most support and affection from fans. 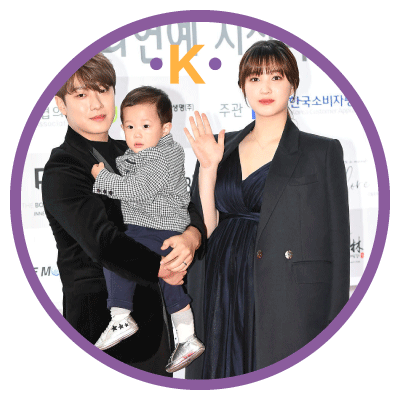 The member of FT ISLAND and his partner, the former LABOUM Yulhee, became parents of a girl on May 18, 2018.

The young couple currently has three daughters, as in a second pregnancy they welcomed twins. 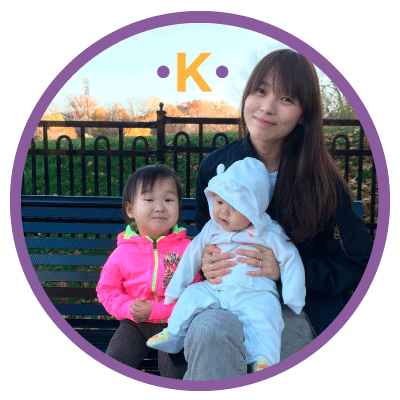 The former Wonder Girls’ leader is a blessed mother of three beautiful daughters.

From the first time, it was well-known that the idol would be a mother.

We could see her with a huge smile.

Her daughters have brought her more happiness than we could imagine. 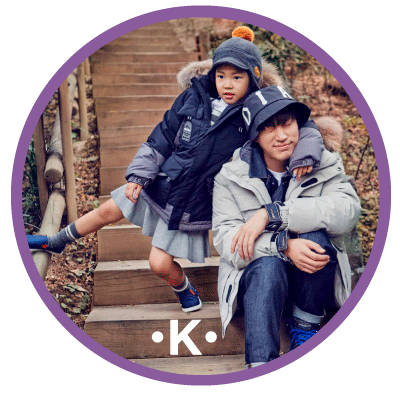 The rapper of the group Epik High has a solid marriage.

He is a very talented musician who has balanced his life as a K-pop figure and as a family man.

His daughter is Haru Lee, and she is well-known for sharing funny moments with other idols in the industry. 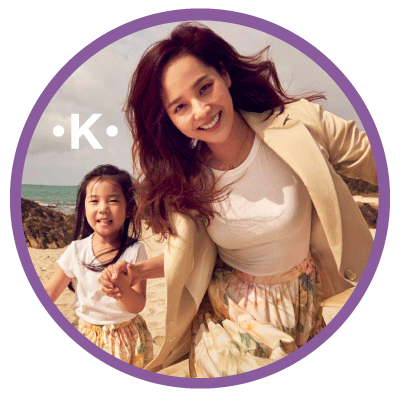 Eugene, a member of S.E.S. who is also a mother, gave birth to two daughters.

We do not doubt that she is a wonderful mother and that her daughters are growing up healthy and beautiful. 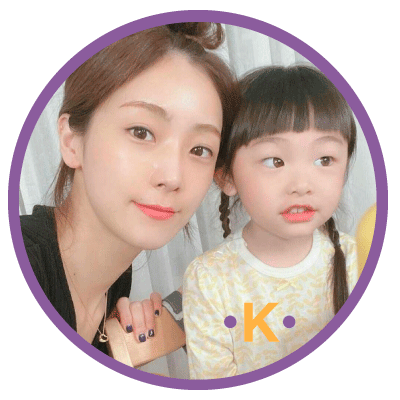 Both members of the dissolved group, Crayon Pop, are currently mothers.

Soyul married singer Moon Hee Ju a few years ago, and now they have a beautiful daughter.

On the other hand, Gummi announced her wedding and her pregnancy in 2020. Both artists share their married and mother lives on their social networks.

They look happy with their beautiful families. All of their fans are happy to see they enjoy their life as K-pop idols who are parents. 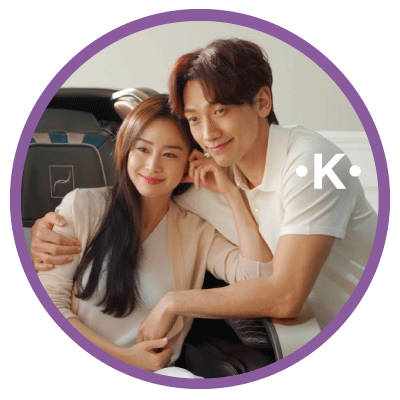 The famous K-pop singer got married and had a daughter, but he prefers to keep his private life a secret.

Despite that, fans appreciate the little girl, and we do not doubt that the idol does an exceptional job as a father.

Which K-pop Idol became a father? 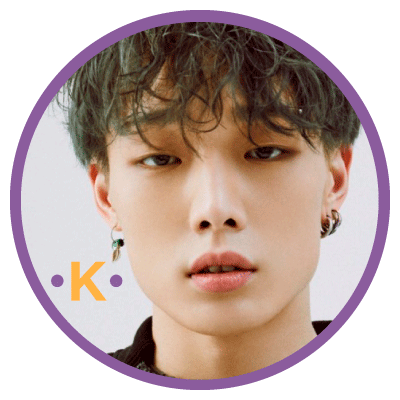 On August 20, iKon’s Bobby announced his wedding, and he would be a father this September! Bobby revealed it through a letter.

In the letter written by himself, he assured he was encouraged to tell about the wedding and his son after thinking about it a lot. Likewise, iKON’s Bobby said he feels a great responsibility.

He believes he put a burden on the people who have always helped and supported him with all their hearts. For that reason, Bobby apologized to all of them who are hurt by his story or feel some confusion.

However, Bobby stated he does not embarrass his iKON teammates, fans, or his parents. In addition, he said that he will do his best not to become a nuisance to people waiting for iKON activities. Despite the malicious comments, there was more support and love after revealing the great news. Thanks to the affection that he has always shown towards children, we do not doubt that he will be one of the best K-pop idols who are parents.

Who in EXO is having a baby? 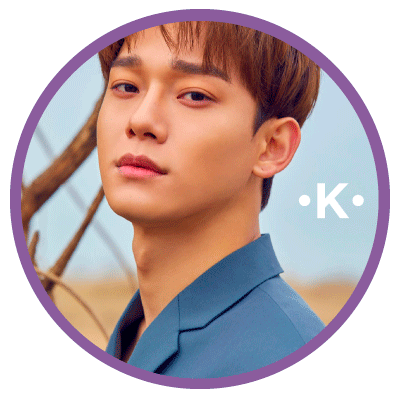 EXO member Kim Jongdae celebrated the arrival of his daughter three months after the news broke.

After announcing his marriage plans and the pregnancy of his girlfriend in 2020. EXO’s vocalist Chen’s daughter was born on April 29, 2020. SM Entertainment, the company that represents him, confirmed the facts.

On January 13 of the same year, the K-pop singer had written a letter to his fans where he revealed his romantic relationship, his plans to marry, and the pregnancy of his fiancée. His partner is not in the entertainment business.

The baby, now nicknamed “EXO’s princess,” and Kim Jongdae receive thousands of greetings on the Internet. Her arrival to the world occurs in the symbolic month of April, which was also Chen’s debut as a solo artist in 2019. Therefore, the fandom trembled the hashtag #WelcomeEXOPrincess to show their support. In addition, they recalled the times when he showed his patience when interacting with other little ones. However, not everything has been love and happiness. Since he shared news about his private life, EXO-L ACE CAFE opposed Jongdae’s activities. But fortunately, international fanbases asked that the singer’s intimate life be respected and requested the agency to take legal measures in the face of the harassment that Chen received during those months.

Who is pregnant in K-Pop?

Currently, the biggest news of all about an idol who will soon be a father is the news of iKon’s Bobby. However, the last female idol to talk about being pregnant was 9Muses’ Hyuna. Moon Hyuna, the former leader of the group 9MUSES, surprised her fans in 2020 after revealing her ultrasound on her Instagram.

The former K-pop singer announced this good news to fans of hers with a video of her ultrasound. The baby is a boy who was born healthy and surrounded by love. The baby came into Hyuna’s family almost two and a half years after her marriage. The 9MUSES singer married a businessman seven years her senior in 2017. Their wedding was very intimate, and only her former K-pop group mates attended.

The truth is that this is an old rumor, but it resonated a lot with the fans. Hyuna, before joining the girl group 4minute and becoming a solo artist, she debuted as a member of the JYP Entertainment girl group Wonder Girls in 2007. She was the youngest in the group at the time until she unexpectedly retired due to health problems five months after their debut.

That same year, rumors said that Hyuna was pregnant with rapper Jay Park, who was a trainee at JYP and later debuted as a member of 2PM. Others indicated that Hyuna’s son was from a Cube Entertainment official. And that is why Hyuna joined the agency and joined 4minute. But of course, that was only left to malicious rumors. Currently, Hyuna enjoys a strong relationship with E-dawn, and although fans have been thrilled many times with wedding plans, it doesn’t seem like it’s going to happen anytime soon. They are both focused on their careers. Also, they are continuing to enjoy their beautiful relationship. So Hyuna is not yet one of the K-pop idols who are parents.

Which K-Pop Idol is a single dad?

After a TikTok video went viral, people speculated about CIX member Yoon Hyunsuk. People started saying that the 18-year-old K-pop star is a single father of a young child. But wait a bit, the rumors are not true. TikTok user @ mari4president posted a video in which she “revealed” that she had just found out that there is an 18-year-old K-pop idol who is a single father. His name is Hyunsuk, and he is a member of CIX, she wrote. But as is evident, some things need clarification here.

That cute boy seen with Hyunsuk is HyunYul, his little brother. Hyunsuk has three siblings, and at age 5, HyunYul is the youngest in the family. CIX fans can remember HyunYul from his appearance on Hyunsuk’s vlog on CIX’s official YouTube channel. In the video, Hyunsuk shared images of him and his family going to an aquarium. HyunYul practically stole the show and the hearts of all the fans. So yeah, HyunYul, the adorable boy featured in vlogs and photos with Hyunsuk, is not Hyunsuk’s son.

Many of the K-pop idols who are parents have had to suffer awful comments about their decisions to marry. Or also because they wanted to become parents since, in Korea, there is the idea that idols should only live for their fans. But it is not like that. The truth is that everyone has their own lives and should live them. The good thing is that the good comments and support are always present, even if it only comes from a few. What kind of fan are you? Let us know in the comments! And remember that Korean Fashion Trends has daily information about K-fashion available to you. Because of that, don’t forget to visit us every day. What can you wear to a K-pop concert?
0 replies