K-Pop stars are changing their hair colors frequently, as with each comeback, they make a drastic change most of the time. Most likely, the entire process damages your hair a lot, but many idols look good and better with the fresh looks they wear on every comeback. Although Asians typically have dark brown hair, we think these K-Pop beauties look best by experimenting with other shades. Several K-pop idols have had red hair. You should meet them for inspiration if you intend to wear this hair tone as well. Keep reading and find out who are the K-pop idols who have had red hair! 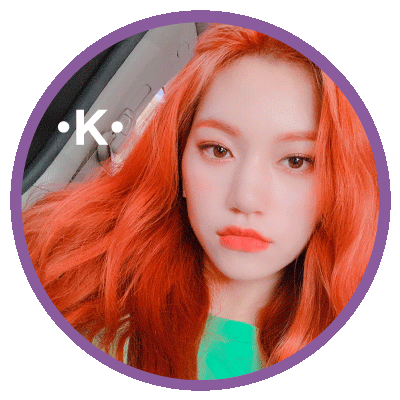 Weki Meki’s Doyeon looks gorgeous with red hair! On November 11, 2019, Doyeon shared photos with her fans when she had bright red hair. She tweeted When I had red hair. Although she had red hair a few weeks ago before announcing it, she has not shared much of her new look after.

The reason is she starred in a role in the television series, Melo is My Nature. Doyeon did not want to give a spoiler. Doyeon certainly surprised us all when she had her hair dyed red.

Because of that, it was necessary to see her on this list of K-pop Idols who have had red hair. 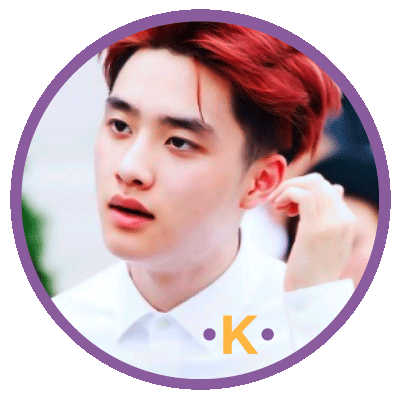 During Growl’s time, Kyungsoo wowed all of his fans with a spectacular shade of red hair.

Red suits Kyungsoo because it highlights his skin a lot. And with the shaved cut on the side of his head that he wore, he looks even more handsome.

Since his debut, Kyungsoo has had different hair shades.

But this style makes him look more rebellious compared to others that make him look super adorable. 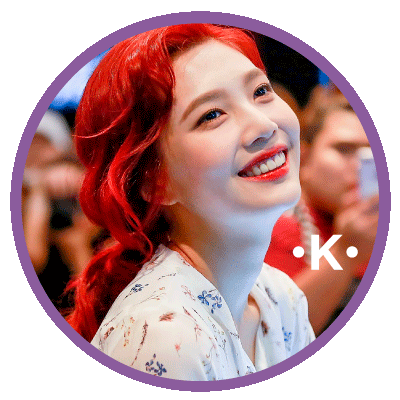 Red Flavor marked one look most remembered by ReVeluv.

In 2017, when these girls wooed their fans even more with Red Flavor’s Mv, Joy promoted the summer song with long, shiny red hair.

The outfits and looks of all the girls were just as memorable, but the red color in Joy’s hair left millions sighing.

Did you also fall in love with Joy being part of the K-pop Idols who have had red hair? 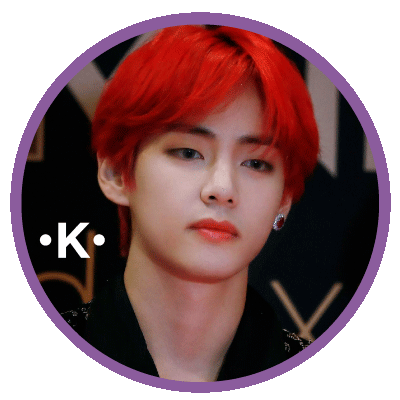 V showed that no matter what style it is, he can wear them thanks to his incredible image.

One of ARMY’s favorites is undoubtedly Taehyung’s look with red hair, a shade that brought out many of V’s beautiful features.

Of course, it could not be missing among the K-pop idols who have had red hair. 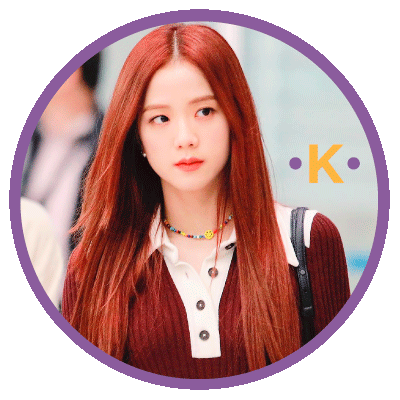 Jisoo always stays true to her style! But that has not stopped her from changing her image.

Although Jisoo has not tried to use a great diversity of hair colors, the cut, hairstyle, and some shades have varied in her look. During the Playing With Fire era, Jisoo showed us her hair with a charming reddish hue.

Without a doubt, this girl looks beautiful whatever and wherever she is! But we have to admit that we are fans of the era of Jisoo with red hair. Jisoo can inspire you with her look changes since her BLACKPINK debut! 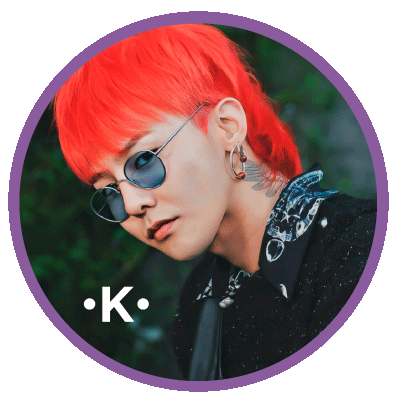 His red hair during BIGBANG’s 2015 comeback with the song “Bang Bang Bang” was a hit with fans!

His simple haircut, along with the color red, suited him very well.

You couldn’t take your eyes off him thanks to how good he looked with his red hair.

So when we think of K-pop idols who have had red hair, G-Dragon is an icon of this hairstyle. 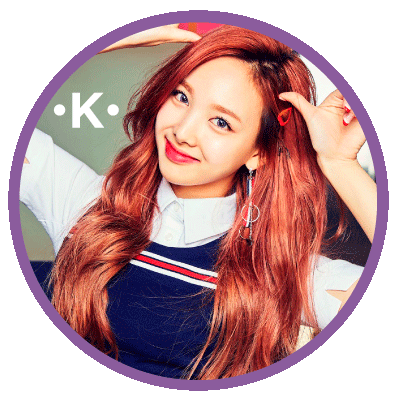 Nayeon got promoted with red hair with “Signal” in 2017.

Her red hair matches her bright and charming nature.

When ONCE saw Nayeon with red hair, she could not help but think that she bore a resemblance to the little mermaid Ariel.

And that is not only thanks to the shade of her hair. It is also because it matched her adorable and feminine aura. 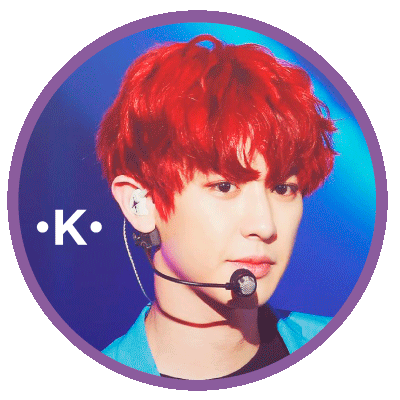 On May 13, 2016, fans shared photos of Chanyeol in which the idol star is posing powerful and handsome with new hair color.

EXO fans were pleased not only by Chanyeol’s hair change but also by what that could mean: a comeback from the group after a long time.

Luckily, the fans were not wrong. 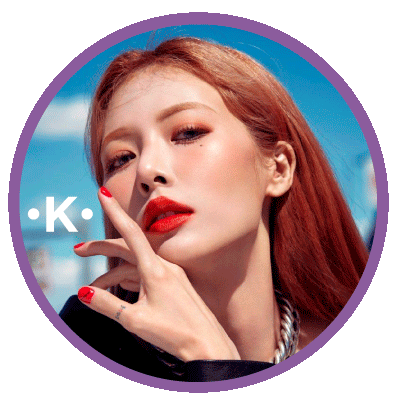 HyunA has experienced with many colors before, but red is one that best suits her!

She was promoted with red hair at Triple H’s promotions and added freckles to her look, giving her a bright and weird appearance.

Hyuna looked so good with her red hair, all the fans yearn to see her sport that style again. 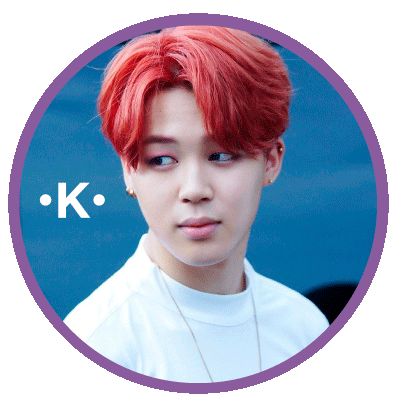 BTS does not stop! They continue to give surprises to their fans. Now the K-Pop group released the images of the album’s creative concept, and Jimin took the spotlight with his new hair color and style.

In the images published by Big Hit Entertainment, the idol defies any gender stereotype by wearing a kilt, the skirt traditionally worn in Scotland. The “Butter” CD art concept images were divided into two packages.

The images are very colorful, and Jimin appears with his hair dyed red, leaving behind the look he had during the first versions of Butter. He also appears with the smoky eyelid and the characteristic eyeliner.

Who has the most beautiful hair in K-pop?

Some people have fine hair, and others have thick hair. Both types have their benefits and also their cons. Some idols have very thick hair. So what is one benefit of having thick hair? K-Pop idols very often bleach and dye their hair. That means there is a chance that they will go bald later. However, these idols will probably never have to worry about permanently losing their hair. Some idols who have the most beautiful and thick hair in K-pop are TWICE’s Tzuyu, Seventeen’s JeongHan, SHINee’s Taemin, EXO’s Sehun, BlackPink’s Jennie, and Suzy.

K-pop idols who have had red hair are undoubtedly an inspiration for those who want to wear their hair dyed in this color. If you still do not dare to do it, we hope that the image of these K-pop idols with red hair will convince you. Visit Korean fashion trends to not miss any news about the K-world.

K-pop Idols who are fashion designers
Scroll to top