For us, it is very natural to see artists hanging out with other artists. We get excited when two of our favorite stars are confirmed to be in a relationship. Perhaps we would think that this is the case throughout the world, but the truth is that it is not. In South Korea, there are couples between celebrities that are seen as taboo or a tragedy. Because of that, although there are couples who have the support of their fans, there are many who do not. Do you know which idol couples we are talking about? If not, don’t worry. Today, we present to you the K-pop idol couples that you should know. Get ready to find out who are the Korean idols who are or have been in a relationship!

Why are K-pop idols banned from dating?

Being an “idol” in South Korea is not an easy task. The extensive hours of training while they are apprentices and then the minimal hours of sleep due to the busy schedules take all their time. The ideal job is a full-time one. On top of all that, Korean entertainment companies have strict rules and controls on the lives of performers, and among them is the controversial “no romantic relationship” rule. Idols are role models who “do not make mistakes” and are unattainable. The level of dedication of the artists must go beyond what they present on stage.

Idols must show that they are so focused on their fans that they have virtually no private life or relationships. Sometimes the subject is so extreme that, in boy groups, the phrase “I don’t have a girlfriend, my fans are my love” is said often. So when these artists secretly maintain relationships or are revealed by paparazzi, Korean fans and companies sometimes do not react very well, and social networks erupt with positive and negative comments about it.

Which K-pop Idols are dating? 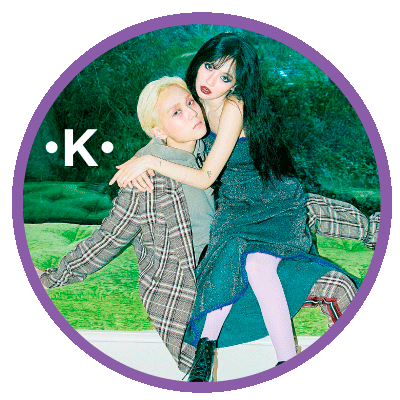 This gorgeous couple has been through thick and thin since they revealed their relationship. Hyuna already had a reputation as a soloist affirmed after the disbanding of the group to which she belonged, 4Minute. E’Dawn was part of the rap line of the group PENTAGON. The two were part of the Cube Entertainment sub-unit “TRIPLE H” alongside another Pentagon member Hui from 2017 to 2018 when they revealed they had been dating for two years.

The opinions among fans were supportive, and they congratulated them for their bravery in revealing their relationship themselves, even knowing how criticized it is in the K-pop industry. But Cube Entertainment fired them from the company, claiming that “We could no longer trust them“.

That generated controversy in Korea and around the world because it was unfair that they were fired just for being in love. But that didn’t stop Hyuna and E’Dawn, who signed on to the company created by “Gangnam Style” singer PSY called P Nation, where they are both developing their solo careers and continue to show their love on social media. They are the most famous K-pop Idol couple today. Because of that, they are the ones that lead this list of K-pop idol couples that you should know. 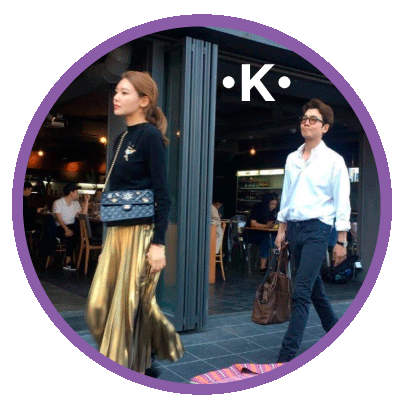 Girls Generation’s Sooyoung has been the girlfriend of actor Jung Kyungho for 8 years. Her love story excites netizens thanks to Jung Kyungho’s romantic gestures towards the SNSD star.

They are a couple full of love, and the good thing is that they have also received love and support from the fans.

Did you know that Jung Kyungho once gave Sooyong 1000 roses to celebrate his 1000th anniversary? That, without a doubt, is what we like to call #RelationshipGoals. All his photos are adorable.

Their love seems to get stronger, even after so many years of being together. 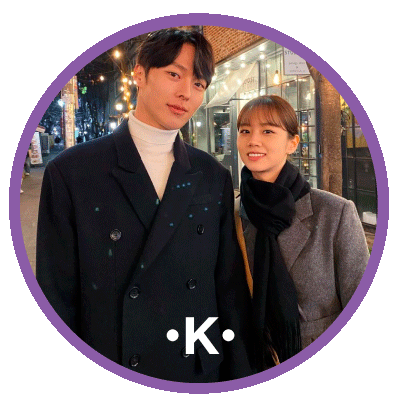 Both stars first appeared in Reply 1988 as co-stars.

The chemistry between the two was quite dynamic. Because of that, fans were delighted to hear that they went from best friends to lovers in no time.

Luckily, this is a couple that fans wish would be together for a lifetime. 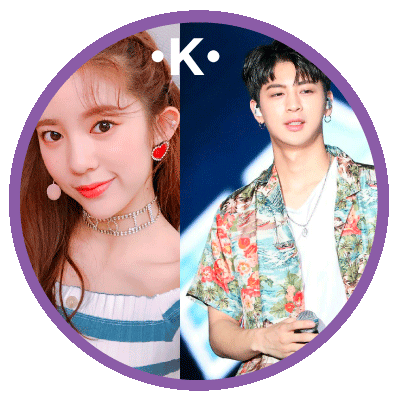 A few months ago, we got the news that Momoland’s Daisy and iKon’s Yunhyeong have been in a relationship since 2019. Interestingly, Yunhyeong’s agency, YG, rejected these dating reports. However, Daisy’s agency confirmed their relationship.

It led to a very uncomfortable situation, unsurprisingly. But actually, and to everyone’s surprise, netizens were very understanding of Daisy, as she seems to be stuck in a very embarrassing position.

Even after facing such a difficult situation, they never really announced their breakup. Because of that, one can only hope that they are still very close together.

Do K-pop idols marry other idols?

Although a relationship between idols hardly gets the full support of their desires, some manage to survive the bad comments and cling to the good ones to strengthen their love. Some of them are still together to this day. Many others, who were always well-received by the industry, have even gotten married. Meet these Kpop idol couples who form a happy marriage! 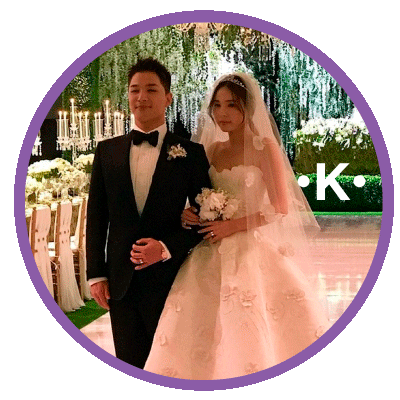 In February 2018, Taeyang and Min Hyo Rin got married. Their wedding was arguably the biggest and most celebrated wedding of that year.

Their wedding took place just before Taeyang headed to the army to fulfill his mandatory service. However, the two of them were shining with happiness at their wedding! They are the most famous K-pop idol couple that by getting married, increased their number of fans. Of course, they could not be missing from the list of K-pop idol couples that you should know. 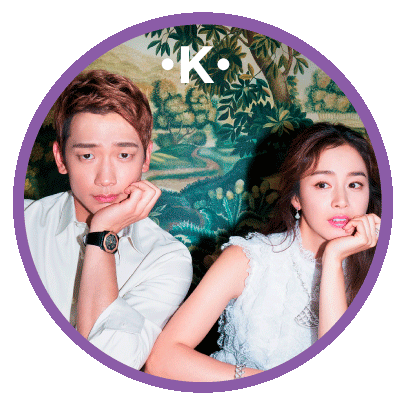 Rain and Kim Tae Hee were together for five years.

After those years, they finally decided to celebrate their love with the world and get married.

Now the two of them have an adorable daughter together!

They are a beautiful couple. 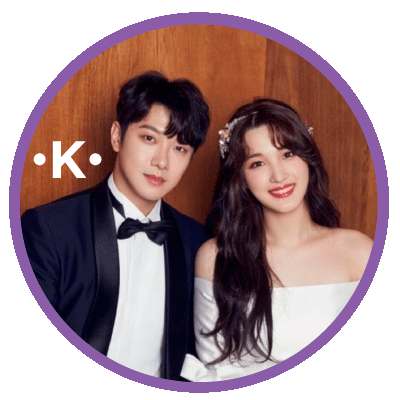 The two have yet to hold a formal wedding ceremony.

But Minhwan and Yulhee signed the papers to legalize their marriage in January 2018.

In May of the same year, the couple welcomed their first child.

An adorable and healthy baby! 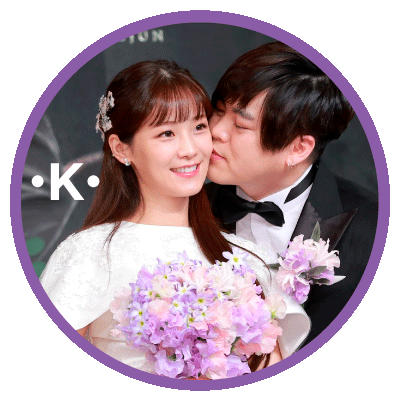 Soyul and Moon Heejun managed to bridge a 13-year age gap and got married in 2016.

The news came as a surprise to fans.

But luckily, they were happy to see how happy they were together!

Who broke up in K-pop?

Many Kpop couples have earned the love of some. But the hatred of others has had to end their relationship. Let’s remember BlackPink’s Jennie and EXO’s Kai, who were a couple for a short time, but it didn’t take many months to hear that they had broken up. The same happened with TWICE’s Jihyo and Kang Daniel. Sadly, a couple of weeks ago, another couple was added to the list of love breakups: Momo and Heechul. Label SJ and JYP Entertainment agencies have sadly confirmed that Super Junior’s Kim Heechul and TWICE’s Momo have ended their dating relationship, and many are wondering what the reason for it was.

According to the South Korean outlet Star Today, an anonymous source confessed they broke up because their jobs did not allow them to spend much time together. “Both were very busy with their activities, so when the relationship began to fall apart, they ended their romantic relationship and returned with their partners,” said the anonymous source. In addition, he also assured that by mutual agreement, they opted to return to the platonic relationship they had before to be together, officially.

More and more celebrities are added to the K-pop idol couples that you should know. Over the years, more idols are encouraged to discover their relationships with the public, even if in most cases that means exposing themselves to hatred from bad comments. We hope that future couples can reveal their relationship without fear. After all, it’s the fans’ job to accept that idols have a private life and, above all, they have a right to love. Do you think a couple was missing to mention? We hope you let us know in the comments. Don’t forget to visit us every day to stay connected with the best of Korean fashion and news.

What are the best style concepts Twice has ever worn?
0 replies