If you are new to K-pop, you have probably heard about Ola Hallyu or second or third-generation groups, and you might think, what are they talking about? Don’t worry, because today you have the opportunity to learn a little about the history of K-pop and its generations. Then the question “What are K-pop generations?” will no longer torment you. Today you can discover the answer and be able to talk about K-pop like an expert. Keep scrolling down and don’t miss a thing about K-pop generations!

What does the term “generations” refer to in K-Pop?

Attempts to define K-pop generations are not to create dispute. It’s creating a roadmap that will eventually help gender and culture move forward. It is not drawing lines and dividing them, but seeing where those lines go and evolve. Because of that, when talking about generations in K-pop, it refers to the history that makes up this musical genre. Its evolution, and the groups that have been part of that evolution over time. It is not something derogatory or much less. It is simply a term or a system that allows us to identify the journey of Korean pop.

How many generations are in K-pop?

According to IDOLOGY, there are a total of four generations of K-Pop. However, at least until the third, the generations are divided by halves. Meet the K-Pop generations and some of the groups that make them up below: 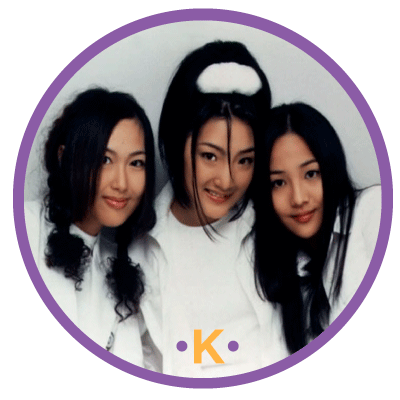 K-pop and the first generation of it started with the birth of K-pop idol groups.

SM Entertainment producing Korea’s first ‘boy group’, H.O.T, basing their concept on American boy bands and Japanese idols. It was the beginning and foundation of gender and culture in the country.

After H.O.T, other newly established agencies, such as YG Entertainment and DSP Media, appeared and began producing idol groups to compete.

These initial groups are Sechs Kies, SES, Fin.KL, among others, and they make up the first generation. 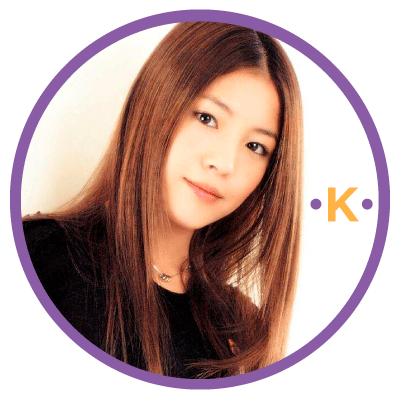 Before the second generation of K-pop, the genre lived a brief period in which the 1.5 generation saw the light.

This stage had “experimental” groups.

Incredible groups such as Shinhwa, Click-B, GOD, Chakra, Jewels, and the beautiful BoA were born here.

At this point is when K-pop as a genre and culture gained popularity in other East Asian countries. It is also when the term ‘Hallyu’ or Korean Wave was used by the select international press. 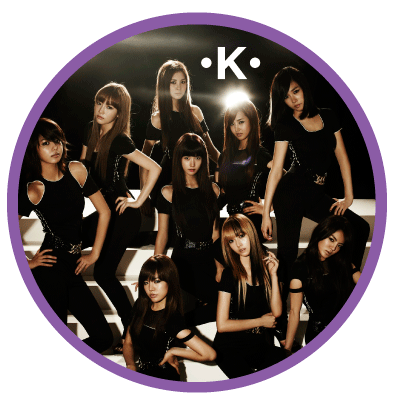 The second generation of K-pop came during a severe economic crisis in Korea. However, K-pop itself managed to market itself well, becoming one of the most profitable industries in the country.

It was when the idol ‘business model’ as we know it today was established and fully developed. Groups such as TVXQ, SS501, BIGBANG, Super Junior, Girl’s Generation, KARA, and Wonder Girls belong to this stage, who managed to rise to fame during this time.

The second generation of K-pop is when things started to spread outside of Korea, plus the idea of ​​idols going on “world tours” came up. Also, idols started appearing on TV shows, filming their reality shows, and even appearing on K-dramas. 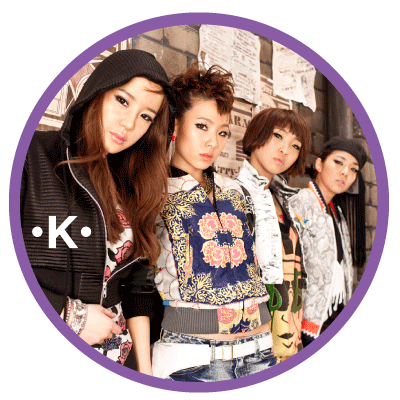 Due to the resounding success of the second generation of K-pop, the groups formed during stage 2.5, such as SHINee, INFINITE, f (x), 2NE1, Miss A, SISTAR, among others, came breaking it. The multi-faceted idols are the ones who started to debut, as fans expected more from the singing and dancing skills of the members of these new groups.

In 2010, YouTube became the irreplaceable platform that it is now. Many idols from generation 2.5 took the opportunity to reach international fans using this video platform. In return, those who otherwise would never have known about K-pop began to expose themselves to the genre. In 2012, PSY’s ‘Gangnam Style’ changed history forever. 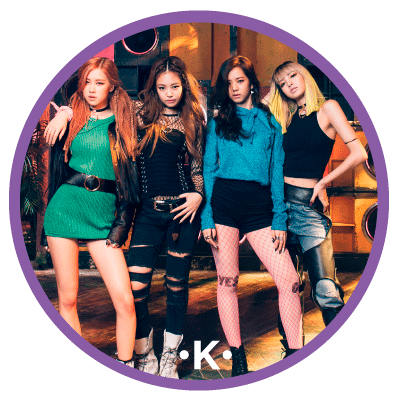 After PSY, that’s when the third generation came along that criticized the K-pop genre and culture. Their “target audience” would mark the distinctive feature of the idols of this period on an international scale. Social media platforms made K-pop go global.

In addition to this, third-generation idols invested more in the development and narration of group concepts and “universes”, to attract fans who want and need more than just music.

In this generation, K-pop as a genre experienced unprecedented growth in the quality of not only the songs themselves. Also, the choreographies, MVs, promotional content, products, and more. In this period, groups like EXO, UN’EST, VIXX, BTS, GOT7, Red Velvet, TWICE, BLACKPINK, GFriend, and more were born. 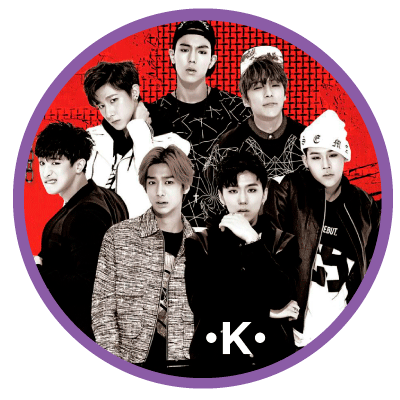 By 2016, K-pop saw the birth of the 3.5 generation with the PRODUCE 101 series, which became a success in Korea and many countries abroad.

Even though it has been shown that there have been aggregate results, it made a significant difference in the world of K-pop, by giving consumers (fandoms) more voice and power.

With this generation, the focus of K-pop changed dramatically by listening to and meeting the needs of fans.

Groups like SEVENTEEN, MONSTA X, NCT, Wanna One, IOI, and Cosmic Girls were born at this stage and promoted through the fast-changing times in K-pop. 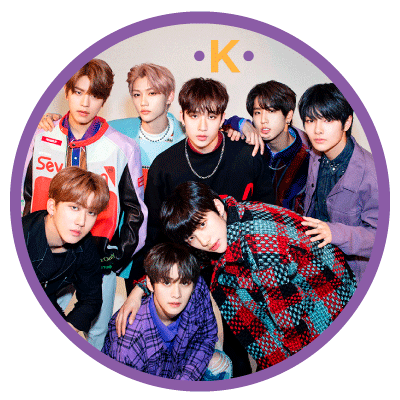 Finally, K-pop is currently moving through its 4th generation.

Since the last three generations, gender and culture have reached new heights.

Now, in this new era of K-pop, all limits have been removed. K-pop as a genre and culture is no longer based “in” Korea.

Barely a year has passed after the birth of this generation with the arrival of groups like TXT, ITZY, Stray Kids, ATEEZ, and LOONA, who lead this new K-pop without barriers.

Is BTS 2nd or 3rd generation? 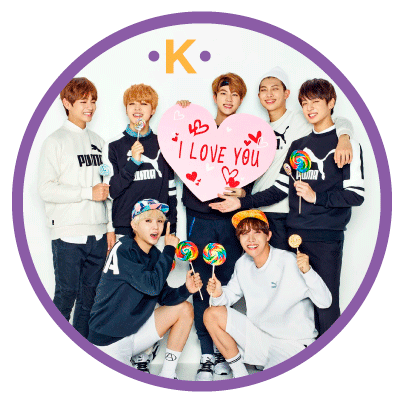 The renowned Korean boy band, BTS, is part of the third generation of K-pop.

They, without a doubt, are one of the principal Korean groups that are leaving the name of the country and the genre on something.

Through the years, BTS has achieved unprecedented fame.

They have had nominations on the Billboard and even the Grammys! 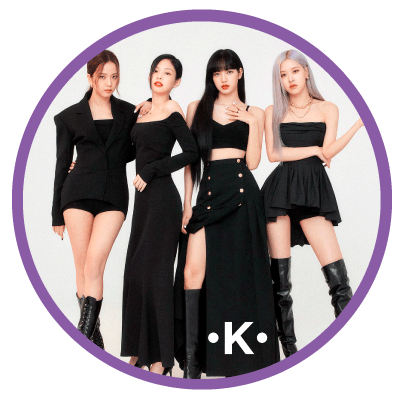 But BTS are not the only ones who are part of the third generation of K-pop that has conquered the whole world.

BlackPink is the most recognized Korean girl group of the moment.

It is possible that today you still find people who do not know K-Pop at all.

But who recognizes BlackPink and BTS as the greatest exponents of the genre.

What generation is K-Pop now?

With this question, we can notice that the issue of generations only serves to classify at what time certain groups debuted. Also, the changes that came with them. Currently, there are groups of the second and third generations that are still active. But the fourth generation is already conquering the stages. If it is about the groups that will be born these years, we are talking about the fourth generation. However, that does not mean that a group of other generations are no longer in force.

With the fourth generation, we can see that companies are more open to producing groups of different origins and ethnicities (unlike before, where all idols had to be purely Korean). The fourth generation continues to spread the infectious charm of K-Pop around the world with their punctual choreography and incredible performances.

Through the K-pop generations, you can see the evolution of K-pop from the first generation to the current era. It has become more creative, expressive, and courageous when it comes to the message of its lyrics. Music has become more modern, with combinations of different genres like techno, rock, ballad, etc. Now that you know the different generations of K-pop, you will be able to identify the changes and evaluations of K-pop through the years. Visit us daily to not miss anything about K-fashion, K-pop, and everything related to Korea! Which K-Pop idols were fat in the past?
0 replies

What do you need to be a K-pop Idol?
Scroll to top