Like every month, in April, we will also be able to enjoy several premieres in K-Dramas. We know that you are most likely still trying to catch up with the ones released in the last few months. Or that you possibly have an endless list of K-Dramas. However, every drama fan knows that list will grow. Why? Because every month, the Korean entertainment industry releases new K-Dramas that easily arouse our interest in them. For that reason, Koreans are adept at telling stories where viewers can’t help but follow the characters from beginning to end. Today, on Korean Fashion Trends, you’ll get to know the 8 K-Dramas premiering in April that you can’t miss. Some are already on the air, but others are not yet released. Do you want to know what those K-Dramas are? Stay with us! And keep reading.

This month, you will have the opportunity to learn more dramas from different genres and with stellar casts. In some of them, you will be able to see several familiar faces, and in others, you may meet new performers. Some of these 8 K-Dramas premiering in April that you can’t miss are already on air. But there are others we have to wait for. Sit back and check out this list of K-Dramas you can’t miss in April! Surely more than one catches your attention, and you will want to see it. Let’s get started! 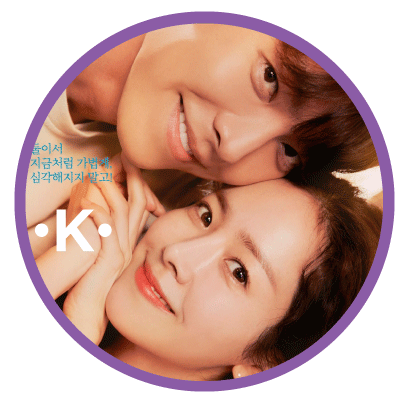 Our Blues is the K-Drama that tops this list of K-Dramas premiering in April that you can’t miss. It opens on April 9! This K-Drama is in an omnibus style and is set on Jeju Island. Our Blues tells the sweet, sour, and bitter stories about several characters. The drama includes the love stories of several endearing characters.

In addition to all the love stories that we will see in this K-Drama, we will also be able to enjoy a summer story where spring is the favorite setting.

Our Blues is written by Noh Hee Kyung, who wrote such critically acclaimed dramas as “That Winter, The Wind Blows,” “It’s Okay, That’s Love,” “Dear My Friends,” and “Live.” So if you liked those stories, you should give Our Blues a try. It is a drama whose story promises a pleasant moment of enjoyment. 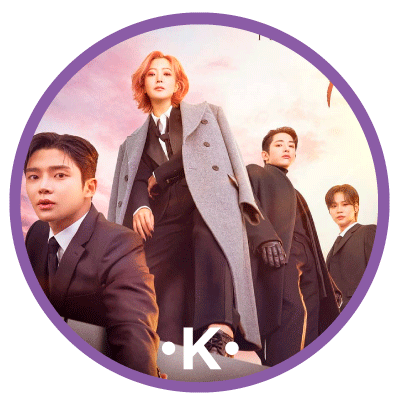 Tomorrow is the second K-Drama to make it to this list of K-Dramas premiering in April that you can’t miss. It is also part of the dramas that are already on the air. It premiered on April 1. However, that is not an obstacle to starting to see it. You still have time to catch up.

Also, for webtoon lovers, Tomorrow is a perfect option because it is based on one with the same title. It is a fantastic drama starring Rowoon as Choi Joon Woong. He suffers an unfortunate accident while struggling to find a job.

He eventually crosses paths with the Grim Reapers Goo Ryun and Lim Ryoong Goo. They work to save the lives of people who want to commit suicide. Choi Joon Woong joins the team in the underworld as the youngest member. Episodes are released every Friday and Saturday. So far, the K-Drama is quite interesting. Also, do you need more reasons to start watching this K-Drama if Rowoon is the lead? 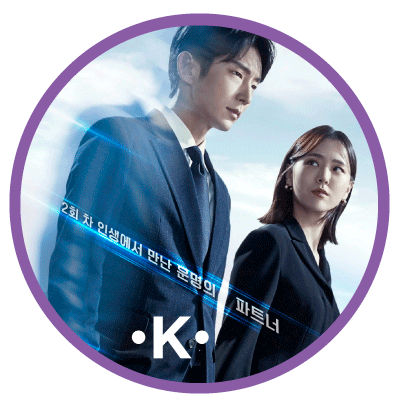 Again My Life is another of the K-Dramas premiering in April that you can’t miss. It will premiere on April 8, with chapters every Friday and Saturday.

It is a drama about a young prosecutor. He is given a chance at justice after failing to bring down a powerful person. Lee Joon Gi plays Kim Hee Woo.

He was killed while investigating a corrupt politician. But he gets a second chance at life. Kim Ji Eun plays Kim Hee Ah.

She is a genius and the youngest daughter of the CEO of Cheonha Group. With Lee Joon Gi as the lead actor, we doubt you want to miss out on this fabulous premiere.

You can enjoy the premiere of My Liberation Notes, followed by Again My Life, because it will be released on April 9, with chapters on Saturdays and Sundays.

This K-Drama tells the story of three brothers who want to escape their suffocating lives and what happens when a mysterious stranger named Mr. Gu (Son Seok Gu) arrives in his small town. Lee El plays the older sister. And Yeom Ki Jung is exhausted from her life being consumed by traveling to and from Seoul. Lee Min-Ki plays the middle brother Yeom Chang Hee, who has no dreams or ambitions.

And lastly, Kim Ji Won plays the youngest Yeom Mi Jung, who decides to make a change to free herself from her monotonous life. If you want to follow the story of these brothers, wait for the premiere date and enjoy this story that is part of the K-Dramas premiering in April that you can’t miss. 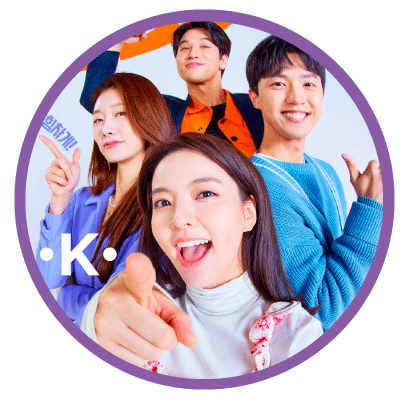 Ourachacha My Life is a comedy that is also part of the K-Dramas premiering in April that you can’t miss. It opens on April 11, so we still have to wait to enjoy it.

This K-Drama tells the story of Seo Dong Hee. She is a high school student, but in the end, she must be the mother of her nephew. 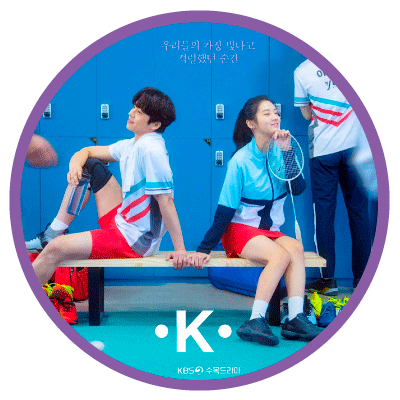 This sixth drama to hit the K-Dramas premiering in April that you can’t miss chart will air on April 20. Love All Play is a romantic sports drama.

It tells the story of a man and a woman who play mixed doubles in a badminton work team. Park Ju Hyun plays Park Tae Yang. She is a former Olympian who had to give up badminton due to an incident, even though the sport means the world to her.

Luckily, though, she is back to chasing her dream three years later. Chae Jong Hyeop takes on the role of Park Tae Joon, who sees badminton as his job. When he meets Park Tae Yang, he begins to change as a badminton player and as a person.

This love story promises moments full of drama but also happiness. However, everything can always change. Remember: you can follow the story of Love all play on April 20! 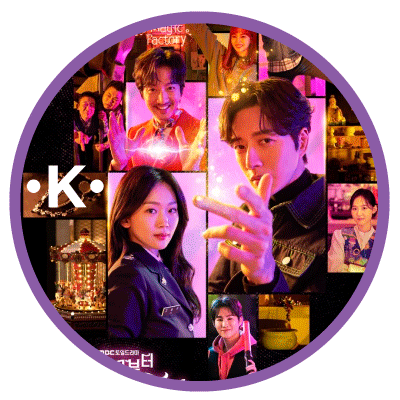 On April 23, we will be able to enjoy this drama that is part of this list of K-Dramas premiering in April that you can’t miss.

From Now, Showtime is a mystery drama-comedy about a famous and charismatic magician named Cha Cha Woong. He can summon ghosts.

It also tells the story of a passionate police officer named Go Seul Hae, who has supernatural powers. Meanwhile, Choi Geom is a God who has protected Cha Cha Woong’s family for generations.

If you like history where comedy and drama are allies, you must watch From Now, Showtime! 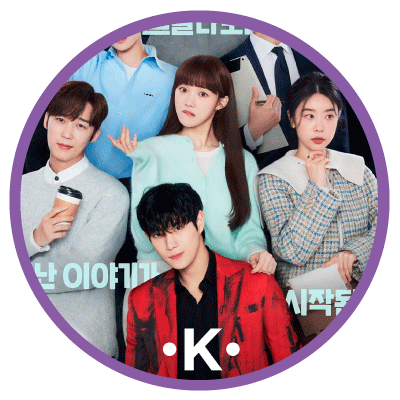 And to end this list of K-Dramas premiering in April that you can’t miss, we have Sh**ting Stars. It is a drama that has excited K-Drama fans a lot, thanks to its main actors. It is a romantic comedy about the people who work behind the scenes in the entertainment industry, cleaning up the messes created by stars.

The drama shows a realistic story of the people who stand behind celebrities and shed blood, sweat, and tears to make them shine like stars in the sky. Lee Sung Kyung will play Oh Han Byul. She is the head of the public relations team in an entertainment agency.

On the other hand, Kim Young Dae will play his nemesis. He is the successful star Gong Tae Sung, who is also a troublesome person. Will love easily blossom between the two? You will be able to find out on April 22.

K-Dramas premiering in April that you can’t miss are fascinating stories to come. If any of these caught your attention, don’t forget to stay tuned for the release date. And if it has already been released, remember that you can always catch up. Those that are already broadcasting only have two or four premiere episodes. Which of these K-Dramas arouses your attention the most? Tell us in the comments. See you in an upcoming Korean Fashion Trends blog!

Korean BL dramas: what are some of them? 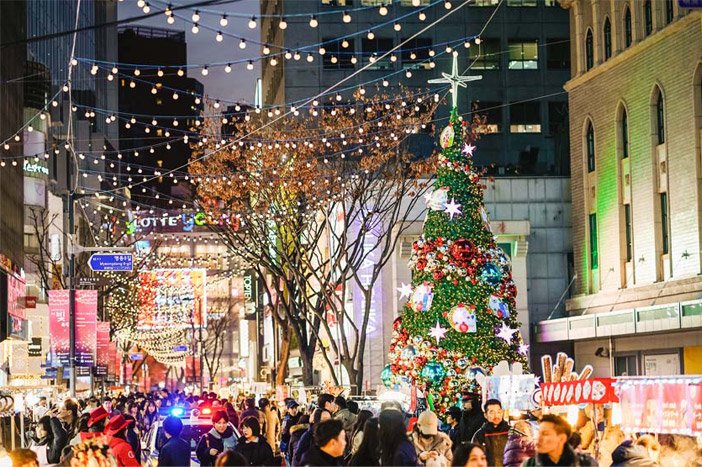 What to do in Korea during Christmas? 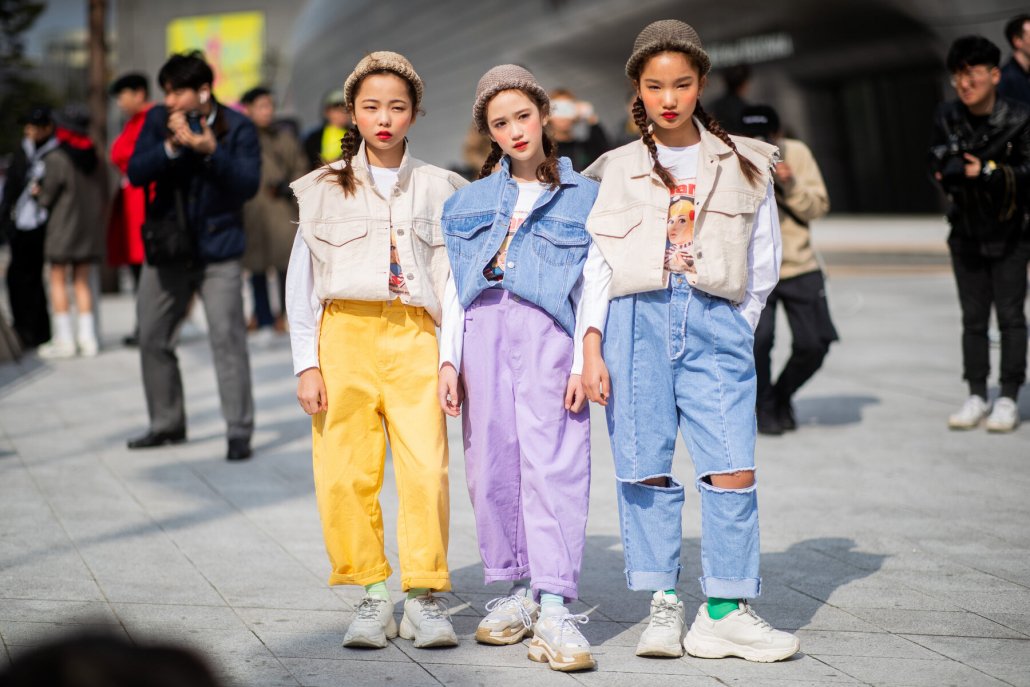 How long is oversize clothing going to be on-trend?
Scroll to top