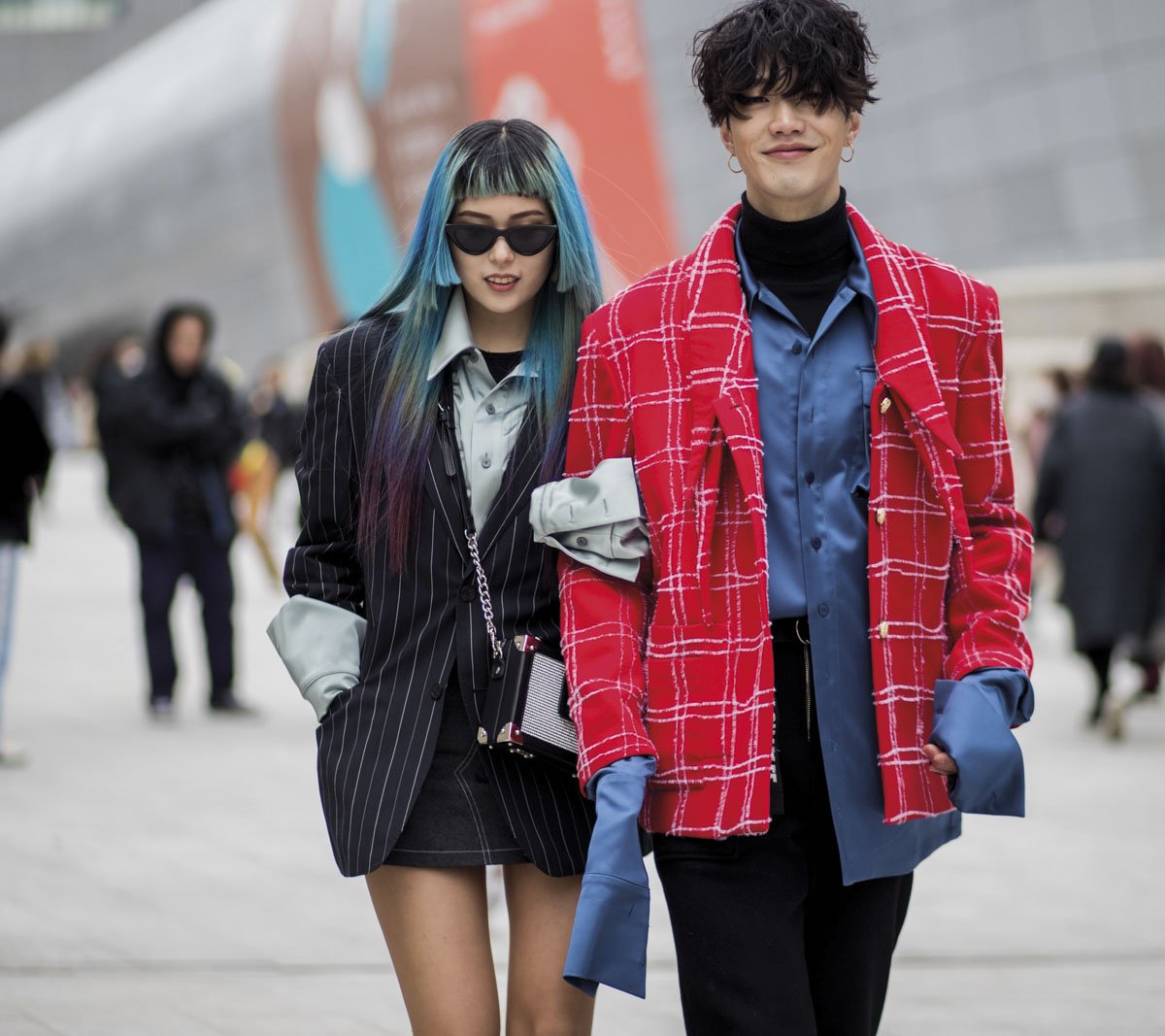 What is Korean fashion called, and why is it so successful?

Korean fashion is known as K Fashion, and the truth is that it does not have a defined style. It consists of a few ways to combine clothes. Usually, idols or actors use luxury or very expensive brands, but with a special twist. K-Fashion is just as popular as the beauty and cosmetics industry, being another phenomenon of the Hallyu Wave that increasingly takes over from the wardrobes of fashionistas and fans of South Korean entertainment. Like everything, Korean fashion has had its evolution, and today Seoul is considered one of the most important cities for design. Not only because of emerging talents and established designers but also because of the impact of their celebrities.

How is Korean fashion?

Korean fashion has become a worldwide phenomenon thanks to the influence of many musical artists. It is a fashion that adapts quickly to changes in social trends and incorporates novelty almost instantly. Today, Korea ranks first as a trendsetter among the Asian giants. Since their first fashion week in Seoul, they have managed to position themselves as a benchmark.

In general, Korean fashion is a flawless and minimalist style. In addition, beauty and skincare are also part of Korean fashion. The beauty routine many people use to show flawless skin is a clear example of this minimalist touch. Simple, elegant, and beautiful. Some of the curiosities of this fashion include the preference for pastel or neutral tones, which has a lot of influence from K-Pop and which knows how to mix, forgetting the belief that clothes have gender.

Yes, Korean fashion is so popular! Did you know that Korean fashion is one of the best in the world? With Seoul fast becoming one of the fashion capitals, K-fashion is becoming more popular by the day. The growing popularity of K-dramas and K-Pop is growing the effect of Korean fashion in the world. In addition to its effect on young people through music, series, and movies. Fashionistas, thanks to their different and fun proposals, full of accessories and colors, appropriate trends. In Korea, the population pays a lot of attention to their appearance. That’s another element that makes K-Fashion so successful everywhere. They like to dress well, and many people are into fashion, so it makes it grow in their own country and abroad at the same time.

The magic of Korean fashion lies in the way of combining clothes, accessories, and colors. It is what makes it unique and original. And with K-Pop driving the Hallyu Wave on a global scale, the fashion trends of popular idols and celebrities have become a standard to follow as one of the most prominent movements in fashion. South Korea has a popular fashion week. It is celebrated twice a year. Indeed, fashion has always been a part of Korean culture. But it has never been as big or as famous as it is now. Its designers are gaining more and more world exposure. They are known for their impeccable sense of fashion in everyday life, both men and women.

Why is fashion so important in Korea?

Korean fashion has a lot of diversity in the industry. Many women and men in Korea are interested in their fashion styles. Everyone takes care of their image and tries to look perfect for any occasion. Practically, that is already part of their culture. For that reason, fashion is significant in Korea. Also, Koreans feel that they accept a variety of fashion styles. Dongdaemun Fashion City is the epicenter of this diversity. Dongdaemun Fashion Market has a lot of fabric stores, sewing factories, and wholesale and retail stores, offering tens of thousands of new products a day.

On the other hand, you have to remember that several reasons explain the growth of Korean fashion. The fashion industry, young designers, the Korean wave, and advanced business infrastructure are some of those reasons. Building on the rapid infrastructure and Wave of Korean Culture represented by K-Pop, both the new high-quality brands created by young designers and the fast-fashion markets represented by the Dongdaemun fashion city is growing together quickly.

Is South Korea good for fashion?

In addition, they also owe their fame to the fact that Korean fashion products have traditional beauty. They mix a bit of oriental flair but still have distinctive Asian characteristics. Korean fashion catches up every day with trends that are beautiful and affordable. For this reason, many young people not only take inspiration from Korean fashion to follow their style. They also do it to choose Korea as a destination to study design. As you can see, if you wonder what is the impact of Korean fashion in the world, you can get an idea knowing that there are many people wanting to study design there.

Let’s look at the closet of Korean supermodel Park Sora

Monochromatic outfits you can wear in summer according to Korean fashion

Get to know Jackson Wang’s style

How to style mini skirts according to Korean fashion? What is the influence of idols in Korean fashion?

How long are bootcuts going to be on-trend?
0 replies

What products do you need to put Korean skincare into practice?

How is Korean street fashion in men?
Scroll to top