13 K-pop idols who are really skilled at art. It is exciting when we find out that a K-pop idol not only has talent on stage. But also when we notice they are likewise talented in the arts. Especially when we see those idols taking advantage of what they know how to do. Many of them have shown their drawing skills on a variety of shows. But others have even been able to bring their art to galleries and exhibitions. Are you interested in knowing the 13 K-pop idols who are really skilled at art? Then stay with us and keep sliding down!

13 K-pop idols who shine in the arts too 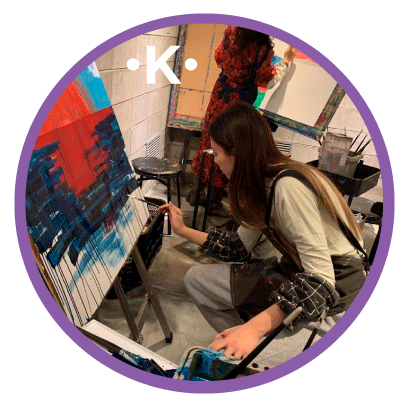 She is the youngest member of ITZY. That already says a lot about her ability and talent at such a young age.

Besides being a well-rounded artist, she was also an award-winning Floorball athlete before her debut and even did ballet. Because she is an amazing painter, she developed her art style in a short time.

During a V-Live, the young artist showed one of her artworks. So many fans recognized her as one of the best painters in the industry. Undoubtedly, Yuna has earned her place among the 13 K-pop idols who are really skilled at art thanks to the effort she puts into her paintings. 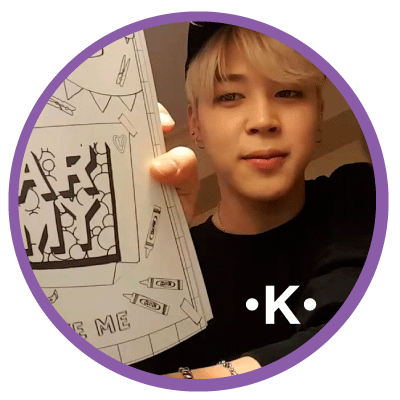 Jimin has shown through various means that he is quite a talented artist.

He seems like he likes to draw. And although he does not consider that he is serious, his sketches prove Jimin is just as talented at drawing.

On one occasion, he drew a beautiful flower that he dedicated to ARMY.

Also, he let us see a sketch of a human figure. Thanks to the ease that he shows with the pencil, Jimin is one of the 13 K-pop idols who are really skilled at art. 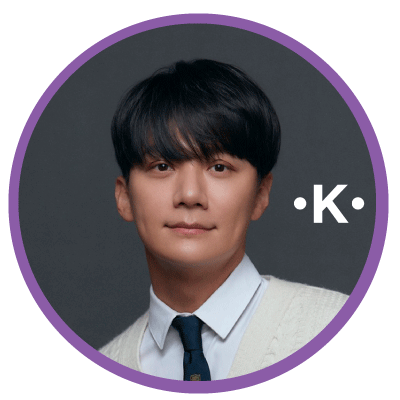 Lee Jae Jin has a quirky personality, but he is also known for being an artist.

This self-taught artist never took his hobby too seriously, but lately, he has been aspiring to sell his art.

We believe that it would not be a difficult task for him since his skills in his art are exceptional.

We could see it from that occasion that he showed a realistic drawing of his little nephew. 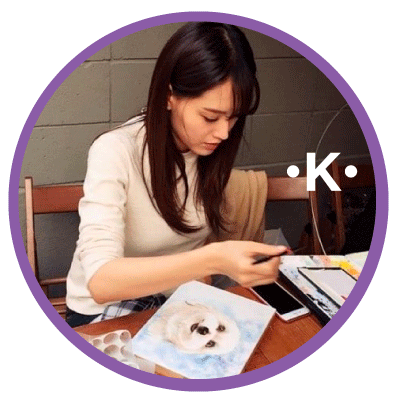 Idol-turned-actress Kim Jaekyung is well known in the K-pop world for her incredible artistic abilities.

Although she has exhibited them on several occasions, she has admitted that she is more interested in calligraphy and fashion.

However, that graphite drawing of a tiger and a cub that she once shared with her fans generated rave reviews.

Although the idol prefers fashion and calligraphy, she has earned her place among the 13 K-pop idols who are really skilled at art thanks to her beautiful drawings. 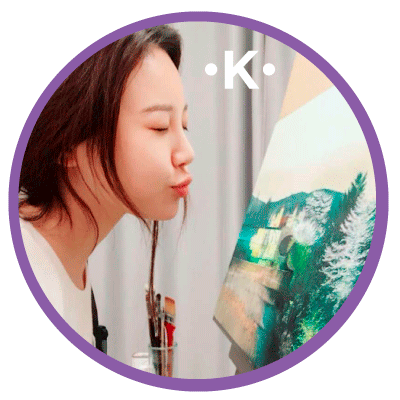 It is no secret that Yura is good at drawing.

She graduated from an arts-focused high school, so it is a given that she would be talented.

When Yura revealed some of her drawings on various shows, viewers felt impressed by how well she could draw.

On one occasion, she shared an impressive drawing of Elsa and later a flawless sketch she made of Hong Jong Hyun when they were both in We Got Married. 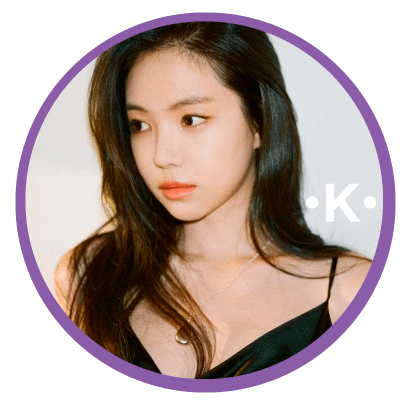 Son Naeun is known to like to go to art galleries, and she knows quite a bit about artists.

But when the fans found out that she knew how to draw, people were very impressed! She was also voted the best artist in her group, so she was happy. The drawings that we have seen are usually colorful landscapes full of nature.

However, when she was on We Got Married, she drew a wedding couple in a cute landscape. She gifted it to Taemin. Without a doubt, Son Naeun’s talent is clear, and that has earned her place among the 13 K-pop idols who are really skilled at art. 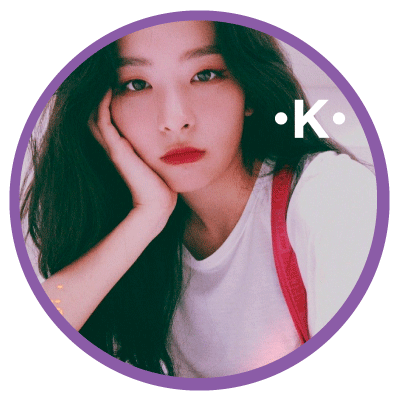 Seulgi is good at everything she does.

It was not a surprise to find masterpieces when she took out her sketchbook and showed them to all of her fans.

From the first time she did it, she received such good comments. Since then, Seulgi has not stopped captivating her fans with beautiful sketches.

We all fondly remember the kitten sketches she used to make or the sketch she made of Taeyeon and the Statue of Liberty. 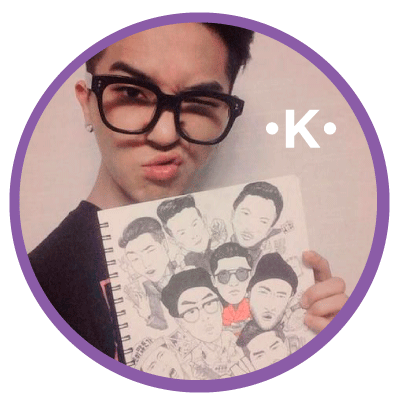 Mino has a hand in various aspects of the arts, as he is also interested in photography, fashion, and rap.

Epik High’s Tablo once shared a photo Mino drew of the rappers in his song Born Hater. His talent is truly incredible. In addition, he will soon have his first art exhibition, so we can assure you that Mino has always taken art very seriously.

His paintings are captivating, colorful and always try to convey something. Because of that, Mino is one of the most prominent idols among the 13 K-pop idols who are really skilled at art. 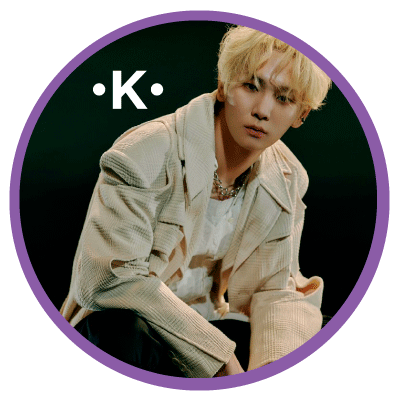 SHINee’s Key is not realistic when it comes to drawing.

But his artwork has attracted a lot of attention for being very expressive and artistic.

He displayed some of his artwork at his uncle’s art show several years ago.

Also, he designed the cover for SHINee’s album, The Misconceptions of Us. 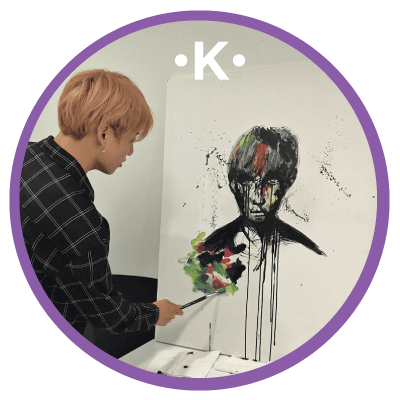 But Jimin is not the only member of BTS who is one of the 13 K-pop idols who are really skilled at art.

He is a boy of many talents. In all of them, he is incredible.

We all fondly remember that face that he drew with brushes and on canvas. 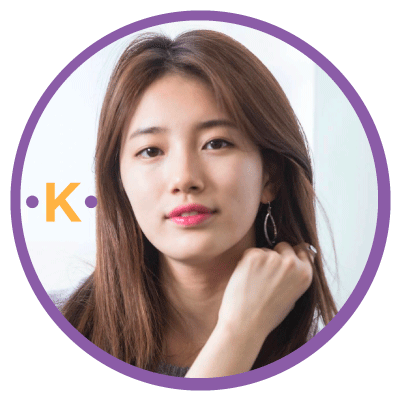 She has expressed that she likes to stay at home and draw! She can stay awake for hours just doing random sketches.

What was amazing was seeing how talented she is! Maybe it is not just a hobby after all.

She once shared with us her drawing of actor Ian Somerhalder.

Suzy also draws cartoons. She showed the cast members cartoons she drew of them when she appeared on the Happy Together show. 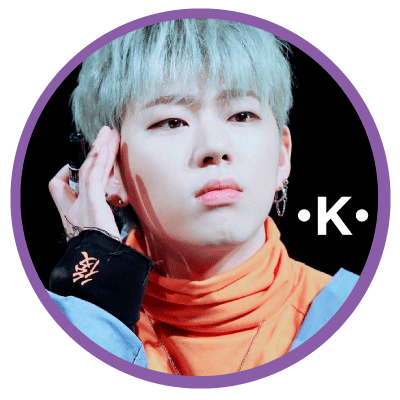 Zico has mentioned that he likes to draw when he can, so it is just a hobby for him.

However, he does it like a pro. It is not surprising because the man is so talented in all respects when it comes to art.

Like Suzy, when Zico was on Happy Together, he could show off some of his drawing skills through a game similar to Pictionary.

We all remember his funny and very accurate sketch of comedian Yoo Sang Moo. 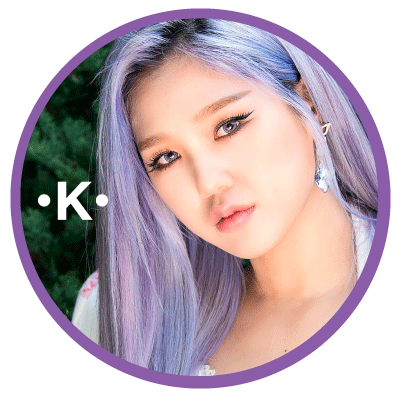 The Oh My Girl rapper has some other hidden talents.

One of them is her ability to draw.

Her style leans more toward the cartoon.

On one occasion, she drew all the members of the group as adorable anime characters.

At that time, she showed her artistic skills with the pencil. She left all the fans enchanted.

Is calligraphy art in Korea?

Calligraphy is more than just a practice of writing letters. And in Korea, calligraphy is also an art form. In all the cultures that took influence from China, calligraphy is a discipline that requires mastering the mind. Korean calligraphy is not exempt from this. Its creators draw the brushes not only encouraging messages, poems or sayings. With their calligraphy, they leave their spirit, their character, and their emotions on paper.

In the East Asian region, calligraphy as an art emerged in China. It originated alongside painting and shared the same tools: brush and ink. Calligraphy has long been considered an art. And it was until the Song dynasty that the painting achieved the same status. The spread of Buddhism gave way to the entry of Chinese characters to Korea, which, eventually, got adapted into various writing methods for the Korean language. Due to that and the evolution taking place afterward, calligraphy is an art form in Korea.

Which K-Pop Idol has the best handwriting?

Everyone has their distinct style when it comes to calligraphy. K-pop idols are no exception, and they have diverse handwriting styles within their respective groups. Some idols who stand out because they have the best handwriting are BTS’s V, EXO’s Xiumin, BA P’s Himchan, Highlight’s Doojoon, VIXX’s N, and MONSTA X’s Minhyuk. All of them have proven to have beautiful handwriting when they share written messages with their fans.

All idols develop skills and talents to stand out from the other members. And these talents have impressed more than one, as they have shown that their hands are full of art. The 13 K-pop idols who are really skilled at art not only have musical ability. They also have a knack for drawing. Knowing their skills with art will leave you as impressed as enchanted. Do you think we forgot to mention any? Let us know in the comments. Don’t forget to visit us daily to stay connected with Korean fashion trends and news from your favorite idols.

K-pop Idols who have had red hair

Know the K-pop idols who are parents
0 replies