Halloween costumes inspired by K-Pop videos. October is here! And in addition to the arrival of autumn, something that excites us about this month is Halloween. We all know that Halloween is one of the most anticipated events for many. The reason? Because it is the only time in the year that you can be experimental and creative through costumes. But the month may have come faster than you imagined, and maybe if you’ve been very busy or still have no idea what to wear, you may need costume ideas. It is okay, do not worry! Because today at Korean Fashion Trends, we present you the Halloween costumes inspired by K-Pop videos you must know to captivate everyone with a unique and original outfit. There is a lot of inspiration in K-Pop videos that are sure to help you stand out on Halloween. Are you ready? Keep reading! 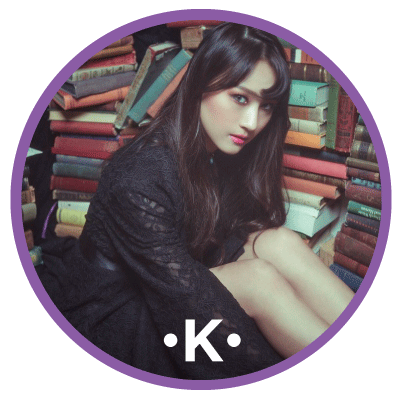 We all know that witches and other mystical creatures are a favorite theme this time of year. Creepy themes are always a sure thing for Halloween.

And you can attend a Halloween party in either a scary costume, like a witch or sorcerer, or with something mysterious or mythical, like fairies or nymphs.

A costume inspired by the Chase Me video from Dreamcatcher is perfect if you want a witch or sorceress costume. This inspiration works best if you go with your friends and create a group of witches who can cast spells. You know, like a very stylish witch coven. Because of that, this is one of our top picks among Halloween costumes inspired by K-Pop videos. 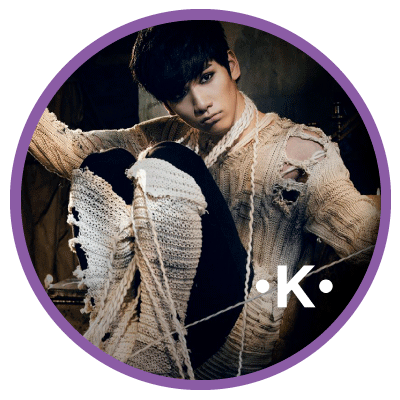 But don’t worry, the theme of witch costumes is not only for girls. VIXX’s Voodoo Doll proves it!

If you’re a Starlight, you’ll know the VIXX guys always have great concepts. One of the most attractive and creative is the concept of the Voodoo Doll.

It’s dark and perfect for brainstorming your Halloween costume. To achieve a costume inspired by this video, you will need a voodoo doll and some pointed artifacts as an accessory.

That way, you will complement your Halloween costume inspired by K-Pop videos and make it the closest thing to the outfits worn by the VIXX guys in this video! Although did you know you can also be the voodoo doll yourself? Only you will need a lot of yarn! 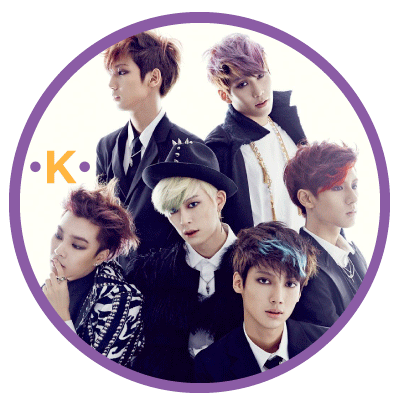 Who can resist the beautiful appearances of vampires, especially if they look like a K-Pop idol?

The undead had never looked this good.

And we can see it in Witch, the video of the Boyfriend boys where they look like more attractive vampires than Dracula!

If you prefer a classic vampire costume with a chic and modern touch, then this is your best option among the Halloween costumes inspired by K-Pop videos. 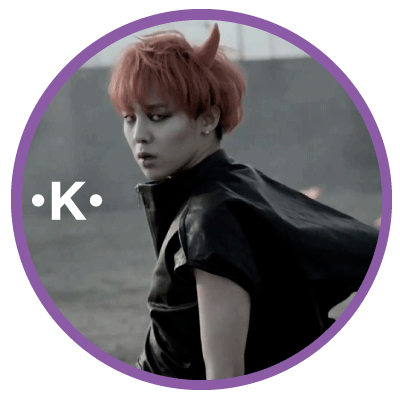 Do you prefer the devilish charm? Then you should pay attention to the look of G-dragon in Monster! He is catching fire (literally) in this video.

Furthermore, he has a strong presence as the leader of the underworld thanks to the fire, his hair color, his accessories, and his clothes.

For a costume like this, watch the video and notice that it is not difficult to recreate. It is a devil costume with a pop and street style.

Sounds great, doesn’t it? Then go ahead and try this perfect choice among Halloween costumes inspired by K-Pop videos! 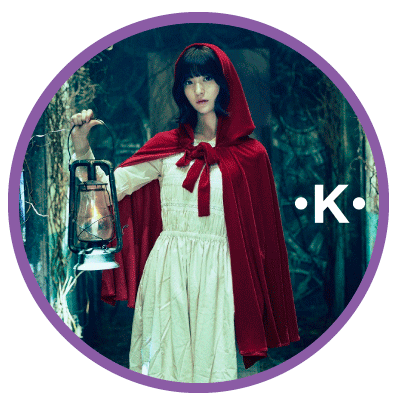 If your preferences move away from dark themes and you prefer something sweeter, then you should consider inspiring your costume in a video with a fairytale concept.

A perfect option is Closer, by Oh My Girl. In this video, the girls look beautiful and charming in their fairy and princess looks.

So if we want Halloween costumes inspired by K-Pop videos that portray a fairy tale theme, Closer could tell us what to wear. 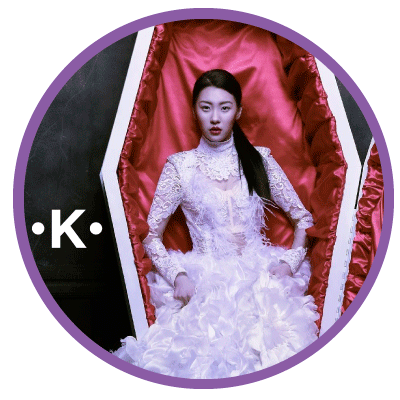 Sunmi’s beauty has captivated more than one person.

When you look at the ethereal beauty of this K-Pop idol, you can’t help but wonder if she’s a real vampire. Full Moon is a legendary music video that you cannot miss on Halloween.

With a mix of the terrifying nature of vampires, Sunmi broke through with this solo song.

It’s a great pick among Halloween costumes inspired by K-Pop videos. A sexy vampire was never as beautiful as Sunmi! 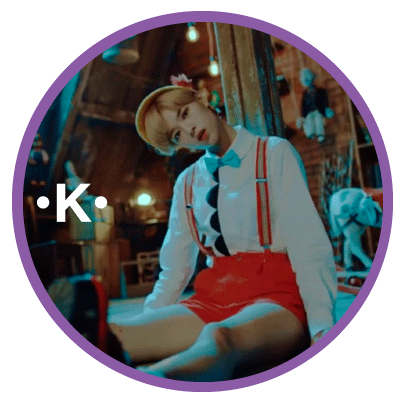 Telling the story of two kids who come to the door trick-or-treating, the TWICE girls wowed us all with their costumes and dancing in a Jack-O-Lantern in the TT video.

This particular video was a turning point for TWICE (known as the nation’s girl group thanks to their refreshingly cute songs) when they went for a more mature sound.

However, they somehow pulled off a cute and addictive dance move that took over the nation!

Also, the concept of the video is perfect for Halloween costumes inspired by K-Pop videos. If you are looking for creativity and a bit of adorable horror, then you should consider this video as your first source of inspiration. 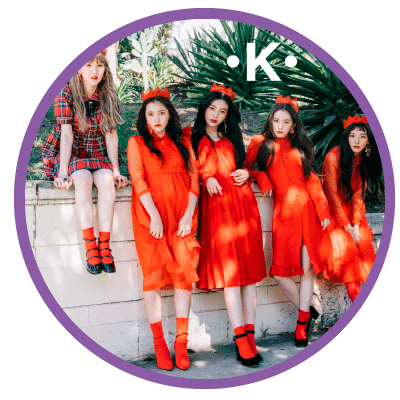 Red Velvet, a girl group best known for their cute and pastel-colored image, turned things around when they swapped their usual adorable looks for this spooky concept in Peek-A-Boo.

A perfect track with one of the most unique beats to date, “Peek-A-Boo” has a grim vibe. With their beauty, the girls seem to be part of a cult that sacrifices men.

The Red Velvet girls, this time around, played on classic gothic themes of dark mansions and rituals. With this video, you can choose the same coven theme for your costume, but this time you will put black aside to give red prominence. Do you like the idea? Then take advantage of this choice among Halloween costumes inspired by K-Pop videos. 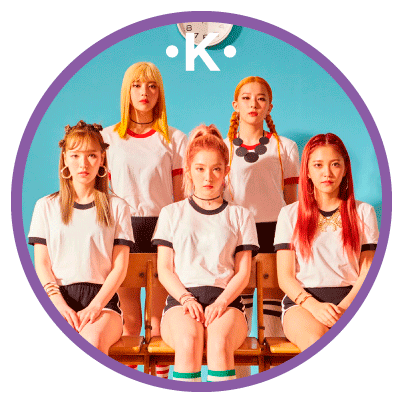 Did you know that one of the creepiest K-Pop videos has nothing to do with Halloween? That’s how it is! Many fans agree that Red Velvet’s Russian Roulette is very creepy! Although the video has the usual concept of the Red Velvet girls, that is to say, pastel and bright colors, the video also tells a weird story. For example, all the girls have blank expressions. Even when they are singing, it seems that they are devoid of emotions, as if they are being controlled.

Forget the cute image of the song in your head and the bright colors of the video! You have to see that the girls are trying to kill each other! When Seulgi and Wendy push the piano down the stairs, possibly to crush the girls below. There is also a scene where they are trying to kill Seulgi! The use of animations similar to the Tom and Jerry story possibly suggests a comparison with them. Surely you expected one of the creepy K-Pop videos to be one with a Halloween theme or something like that. But no! Red Velvet’s Russian Roulette and video story takes that spot.

Is there any K-Pop group that has a horror theme MV besides Red Velvet?

Yes, there is! And it’s TXT with TOMORROW BY TOGETHER. Since their debut, they had always had a hint of horror and darkness in their concept. But we think their return from the eternity album expresses a horror theme. Although many groups have had a concept of horror, TXT with TOMORROW BY TOGETHER seems to stand out a bit above others. Because of that, we invite you to give them a try, especially if you like those concepts and want a different idea for Halloween costumes inspired by K-Pop videos.

Choosing the perfect Halloween costume can be exciting and overwhelming at the same time. Regardless you’re opting for the latest trends or cleaning something up at the last minute, there are always plenty of ideas to wear. However, if you crave something more creative and unique, Halloween costumes inspired by K-Pop videos are your best option. Which one is your favorite? Let us know in the comments! And visit us every day. Remember, that this way you can find everything about Korean fashion.

What can you wear to a K-pop concert?

Korean horror movies you must watch on Halloween
Scroll to top