What would K-fashion be without fashion designers? Exactly, nothing! Designers are the most significant piece in fashion. Without them, those garments and accessories that so many of us like would not exist. In Korea, there are many designers with a remarkable trajectory in the world of fashion. Thanks to them, both celebrities and fashionistas get to wear the best clothes. Their fame grows as Korea remains the focus of attention for many. Korean fashion is currently shining on the world stage. Because of that, you must meet these 15 best Korean fashion designers. They are emerging designers making a name for themselves in the fashion world both domestically and internationally. Let’s find out who they are! 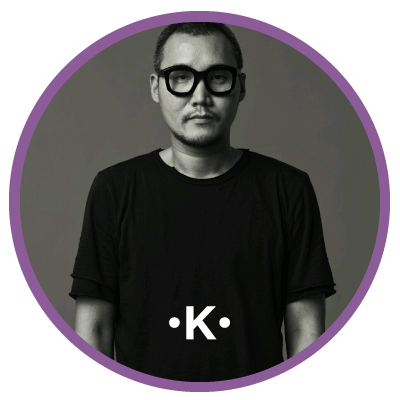 Dong Jun Kang is a Korean designer who studied at the prestigious Parsons School of Design, where Marc Jacobs also studied.

He is the founder of the Korean fashion brand D.Gnak.

It is a clothing brand for men that mixes streetwear with a more casual style.

His clothes have attracted attention, including international figures such as Wiz Khalifa or the fashion magazine Vogue Italia.

This designer embodies the refreshing wave of young talent seeping into the South Korean fashion community. One of Choi Ji Hyung’s goals is to push South Korea’s younger generation to be the center of international attention. Choi Ji Hyung’s formal education began in Esmod, Seoul, earning him a place at The University of Arts, London, where the technical aspects of his talent flourished. For that purpose, Johnny Hates Jazz, the designer’s clothing brand, was born. This firm designs clothes with a social message. His designs inspired by the military and the Cuban Revolution made magazines like Elle UK pay attention to him.

At just 23 years old, Hyein Seo was studying at the Royal Academy of Fine Arts in Belgium.

Later, thanks to her talent, she was invited to present her first collection at New York Fashion Week. It was there that international superstar Rihanna noticed her work and instantly became a fan.

That helped her make “School Kills” shirt, one of Hyein Seo’s most famous and iconic items. Her clothes are perfect for millennials because they incorporate references from adolescence to a streetwear style with a touch of rebellion. 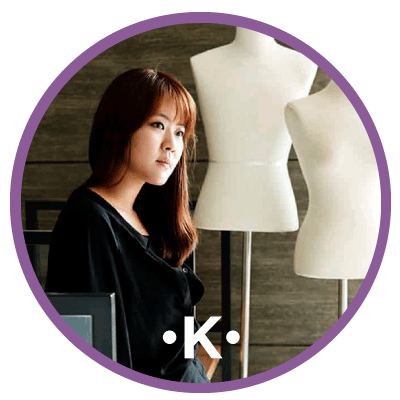 Hee-Jin Kim launched his brand in 2013. The label is called Kimmy J, and his designs are part of a monochrome line of womenswear.

It includes black clothing that takes inspiration from punk and rock, such as faux leather mini skirts and blouses. The designs keep their essence. Materials and silhouettes haven’t changed much over the years, but the line has since grown to include menswear.

It also included a brighter and more vivid color palette. Kim draws inspiration from Korean society and tries to translate a philosophical idea into his designs every season. 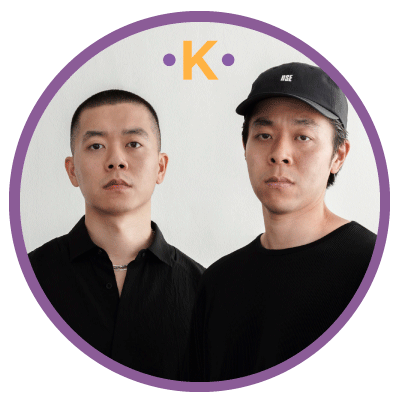 This Korean-American designer duo is unstoppable! Thanks to their creations, they are among the best Korean fashion designers.

Terrence and Kevin Kim draw inspiration from their cultural heritage. American influence mixes with Korean and translates beautifully into their clothing brand IISE. It is a stamp that represents various urban fashion items ranging from clothing to handbags.

A combination of techniques and Korean fabrics are part of the manufacture of each garment. They also include a mix of contemporary trends and traditional designs. 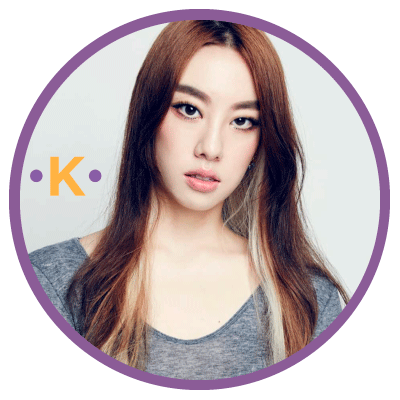 Kathleen Kye’s designs are known for their striking contrasts, coloring, and extravagance.

The incorporation of street art in the collections is what differentiates them from others. 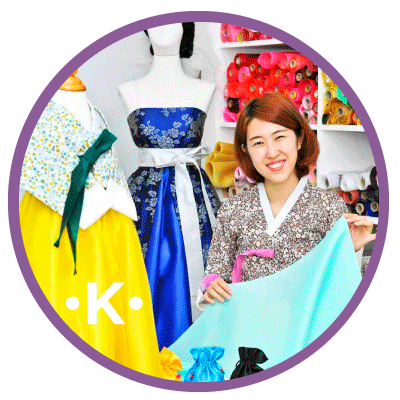 She is a designer who has a strong passion for reviving the traditional Korean costume, Hanbok.

Leesle Hwang is the founder and CEO of the contemporary hanbok brand Leesle. The garment was a hit with the attendees.

She established an online store that has since become a wildly popular brand by recognizing people’s growing interest in modern interpretations of traditional Korean clothing.

Her fame has grown over the years. She even recently appeared in Vogue magazine, and there she was recognized as a significant Korean designer. 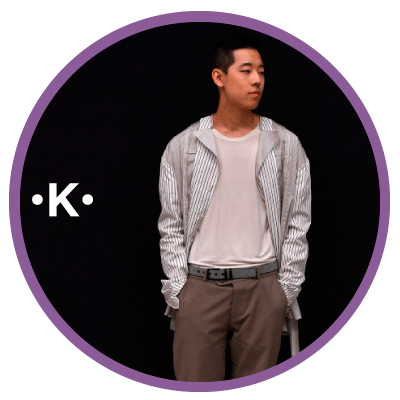 Korean designer Younchan Chung established his Sirius brand after graduating from fashion school. He didn’t wait long to gain recognition, as after just two collections, he won the prestigious British International Fashion Showcase award. Chung uses materials such as leather, light wool, and shiny silks in his designs. These materials help him achieve a futuristic but sober elegance at the same time. Thanks to that concept, his brand has made a precedent in Korean fashion. And thanks to that too, he is one of the best Korean fashion designers. 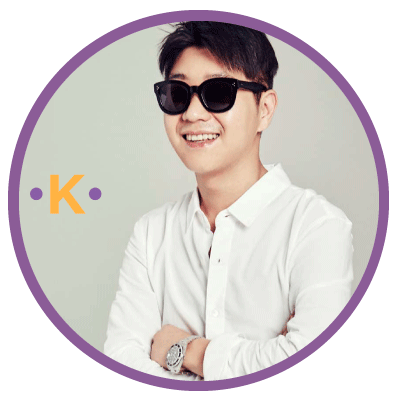 The Korean fashion brand Nohant belongs to this designer.

Noah Nah founded his label in 2012 to introduce the brunch look to the fashion world.

It is an aesthetic that allows a person to look effortlessly comfortable and elegant while having brunch on a Sunday afternoon. 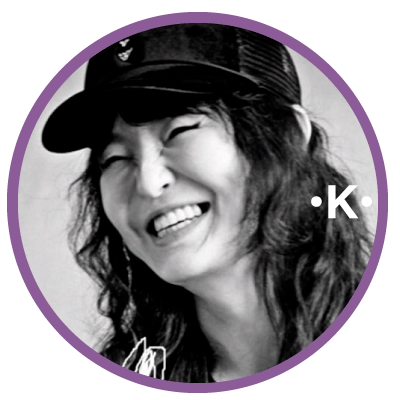 He is the creative director of two of Korea’s most famous brands: Jardin de Chouette and Lucky Chouette.

The first is a line that focuses on handmade creations. The second is about creating fun and original garments with strong but feminine silhouettes.

Lucky Chouette is one of the favorite labels of K-pop idols and their fans. Because of that, Jae Hyun Kim couldn’t be missing from this list of the most famous Korean fashion designers.

Before launching her brand in New York in 2012, this designer interned for Thom Browne, Helmut Lang, and Robert Geller.

She is known for designing her bespoke menswear.

They are designs filtered by the tastes of Korean youth culture.

Munsoo Kwon has been in the spotlight of the national and international media ever since. She appears in magazines such as Harper’s Bazaar, Elle, and Vogue.

Rejina Pyo’s interests are what give her work a unique and versatile aesthetic.

Her designs are elegant but fun at the same time.

She is a Korean designer, and her headquarters are in London. The garments of this label combine graphics and colors of abstract art.

However, the sophisticated and subtle femininity of her designs is what distinguishes them. 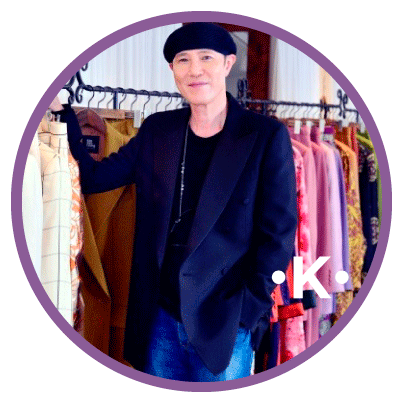 Besides being a designer, he was also a painter in his younger years. Kim Seoryong leans towards the flashy color combinations.

He is known for experimenting with earth tones in suits. Thanks to that, he is a designer who is quickly becoming famous.

Unlike his contemporaries, he does not work with retailers. Kim Seoryong prefers to sell his designs directly in his showroom.

He does it through in-person appointments so he can better interact with his clients. 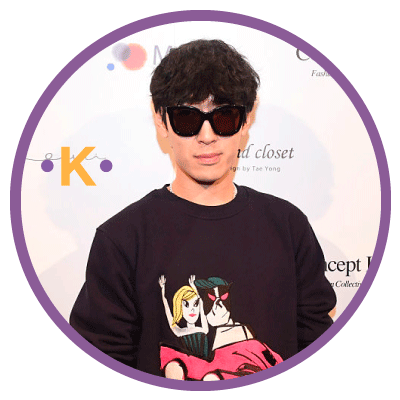 This designer is part of the list of the best Korean fashion designers thanks to his brilliant career in the world of fashion.

He is the founder of the famous Korean fashion brand for men Beyond Closet.

Designs of Ko are the favorites of many!

Thanks to the reconstruction of classic styles that add modern details. 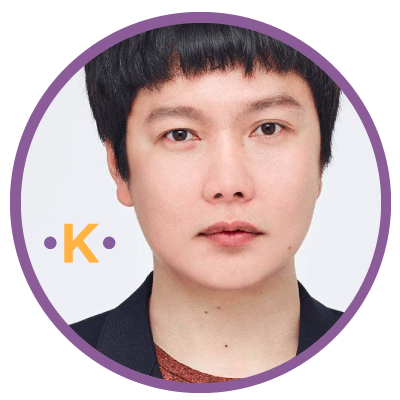 He is the founding designer of the pushBUTTON fashion brand. The brand name derives from Madonna’s dance hit Hollywood. The style of Seung Gan comes in the form of vibrant colors and fun materials. His collections include streetwear staples such as casual sweatshirts and t-shirts. He also designs custom clothing for his clients.

The 15 best Korean fashion designers featured on this list are the most prominent in the Korean fashion industry. They are designers who have not only contributed to the design of beautiful garments. They also have unique styles, and with their creations, they have established new trends and perspectives.

Furthermore, they are designers worth following closely to admire their work and growth within the world of Korean fashion. Now you can not only boast of knowing a lot about Korean fashion trends. You can also boast of knowing who are the ones that make K-fashion possible. Remember to visit us daily for more information regarding Korean fashion! You can’t miss our updates full of the latest K fashion news!

Who are the edgy designers who have dressed K-Pop idols?

Differences between Korean and Japanese makeup
Scroll to top