We know you love Korean fashion. Although, the correct thing would be to say that you like South Korean fashion since there is also North Korea. At some point in history, there was once a single Korea, but it was divided due to political issues. From there, these two Koreas were born, which are very different from one another. Contrary to what many believe, North Korea also has its ways of dressing. The dress differences between North and South Korea are noticeable. It is so different that it seems that we are talking about two opposite worlds.

If you know what K-fashion is then you understand that it’s not only about the different styles you can wear. You should know a little bit about its cultural curiosities too. And the way it can vary from other fashion styles depending on the place. Today, we will talk about the dress differences between North and South Korea. You will surely be interested in knowing more about the difference between North and South Korean fashion than you might imagine.

The rise of fashion in North Korea

The colors and collars of Stalin’s shirts 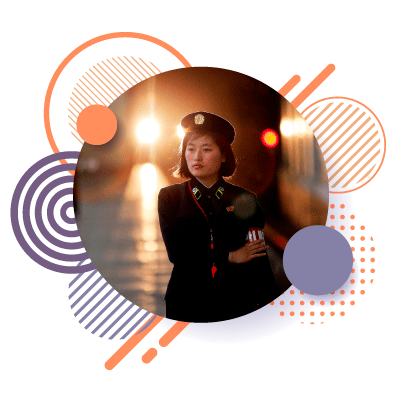 The look that identifies North Koreans in the world arises from the influence of Stalin. The identity clothing is the yangbok.

It is the North Korean version of hanbok for men. You can also find the name hanbok in North Korea, but to identify the typical clothing of North Korean women. Yangbok is usually gray, black, or blue. The word yangbok means, curiously, western clothing.

That is because it came from the Soviet Union. The pants are accompanied by a gray, black or blue jacket with buttons up to the neck. Stalin popularized this suit. Mao Tse and Kim Il Sung also used it.

The Great Famine of the 90s

This social change began with the collapse of the Public Food Distribution System that caused a great famine in the 1990s. Many people wanted to solve their problems without the help of the state, and because of that, many North Korean citizens became more independent and more willing to ignore government rules. Despite the ban on jeans, bright colors, piercings, and miniskirts, there are quite a few who today seem to have tricks to wear skinny jeans in discreet colors and hidden in jackets of the same color. Why are they hiding it? So that the police do not discover them.

Many garments and accessories were prohibited, even plastic surgery. Still, double eyelid surgery exists in North Korea as well. This surgery allows the eyelids to be more visible, achieving a more attractive and elegant appearance. Although the surgery remains, the procedure is not as easy as you would think. When people have this surgery, they don’t use anesthesia.

The Moranbong Gang, dress differences between North and South Korea 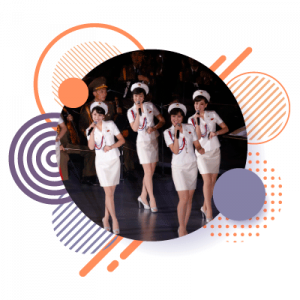 In 2012, Kim chose 18 girls to form this band. He wanted to show a modernization of North Korean art.

Their skirts are the shortest in the country, and they have begun to reduce by a few inches those of the most daring North Korean girls.

They are the closest thing to idols North Korea has. And as for celebrities, they have also managed to generate influence among young women.

Thanks to them, many girls wear their hair very short. They see the girl band’s style on TV, and they want to try to copy the style.

In the North Korean capital, a fashion is developing that follows the looks of Ri Sol Ju. At official events, she is usually wearing two-piece suits. Her style is eccentric and full of accessories. Ri Sol Ju’s social influence led tailors to make copies of the clothes she wears. They did it at the request of many wealthy women.

But it is not just the dress code that is a bit controversial in North Korea. There are many other aspects that you will surely be interested in knowing about this mysterious country and its way of dressing. Keep scrolling down!

Hairstyle is crucial, dress differences between North and South Korea

Hair is a separate issue. In North Korea, there is an official approved hair guide. In 2004, Korea Central Television aired a five-part series on the topic: Cut Our Hair in Line with the Socialist Way of Life. There are 15 haircuts for women and 15 for men. All have the glamorous style of the 80s but with a predominance of simplicity. Women’s hair cannot be dyed, and men can´t have long hair.

The fabric Juche, dress differences between North and South Korea

North Korea has its specially developed fabric: the vinalon. Government propaganda says it is a North Korean innovation. Juche fiber is a synthetic material made from polyvinyl alcohol with anthracite and limestone. Because it is rigid – and difficult to dye – it is used beyond the production of clothing to make footwear and clothes.

The capital of fashion, dress differences between North and South Korea

The fashion capital is called Chongjin, and it is a port where second-hand clothing arrives from Japan. Chongjin is the first city where they wear skinny jeans. It is full of young people with connections and money. Two other places with influence in fashion are the provinces North Hamgyong and Yanggang, both bordering China and therefore with greater access to information and trends from abroad. Among them exist, a passion for platform shoes, often colorful and tall. However, these spaces survive because the fashion police units that work in Pyongyang relatively ignore this part of the country. Although the youth inspection units control that western trends such as miniskirts, stilettos, jeans, T-shirts with words in Roman typography, hats, or strange hairstyles do not flourish in the seat of power.

How is fashion in South Korea?

It is a fashion that adapts quickly to changes in social trends and incorporates novelty almost instantly. Today, South Korea ranks first as a trendsetter among the Asian giants. Since the first fashion week in Seoul, it managed to position itself as a benchmark.

In South Korea, there are countless stores, that are open 24 hours a day. One landmark is the Dongdaemun Mall. It is undoubtedly a paradise for shoppers. There you can find very competitive prices. With countless brands and garments not only do Koreans spend long hours shopping in this center, but even young foreigners especially from China fly in to get great opportunities. Online Korean clothing stores are also becoming increasingly popular for all those who want to be constantly up-to-date with the latest news and trends.

Although it’s true that for teenagers, both Asian and non-Asian, fashion can be synonymous with K-Pop, Korean fashion goes much further. Beyond the young Korean pop singers who create a sensation with their unique choreographies, songs, and styles, fashion in this country is also a claim for many other fashion trend consumers. But how do they dress? They usually use maxi cardigans to give a casual look to the set. They do not stop achieving a sophisticated image, but it is an option to be fashionable and comfortable at the same time. Many styles within Korean fashion invite you to try them at least once. 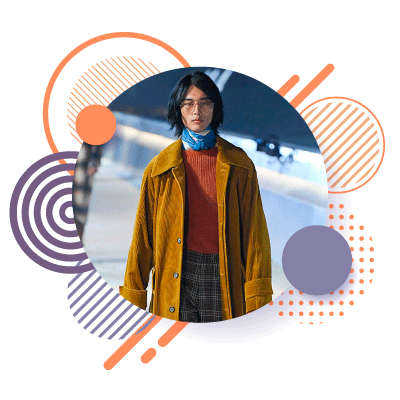 In recent years, fashion and beauty have emerged in South Korea. In a big way.

K-Beauty and K-Fashion have quickly become the hallmark of South Korean culture.

You can see many colors and patterns and all kinds of styles, from casual streetwear to cute outfits. 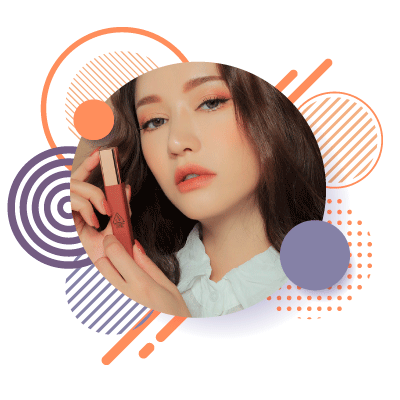 For Koreans, both men and women, having a healthy and glowing complexion is a priority. However, it’s not only for aesthetics but also for well-being. One of the main things that they avoid at all costs is the sun, and because of that, the application of products with a sun protection factor is essential. For them, tanning is not fashionable at all.

In Seoul, you will find many beauty supply stores. One of the best-known areas is called Myeongdong. If you want to learn about Korean products, you have to visit this area. It will be a must on your travel route. In the world of South Korean beauty, the latest trend is clean and luminous skin. The famous Korean 10-step skincare routine has taken the world by storm. And given the plethora of great Korean facial products on the market, it is no wonder K-Beauty has generated so much interest at the global level.

Besides loving Korean clothing brands, Koreans are also lovers of international clothing brands. In South Korea, the simplest outfits have decorations with an eccentric touch from houses like Gucci, Prada, Chanel, or Miu Miu. Logomania is famous in Korea, often from the hand of sports firms.

The dress differences between North and South Korea make them two opposite poles. While North Korean fashion is full of restrictions and limitations, South Korean fashion is dynamic, creative, full of possibilities, and many styles. For this reason, South Korean fashion has gained fame throughout the world in recent years. It has many influences and inspires many to want to try it. If you liked this post, you have to visit us every day. In this space, you will find information about Korean Fashion. Find out about the latest trends and items about K-fashion.

Know all about the Korean sporty chic style

Korean fashion for plus size

Why is Korean fashion so popular?
0 replies

Korean fashion models you would like to know
Scroll to top