The use of the bikini in Korea 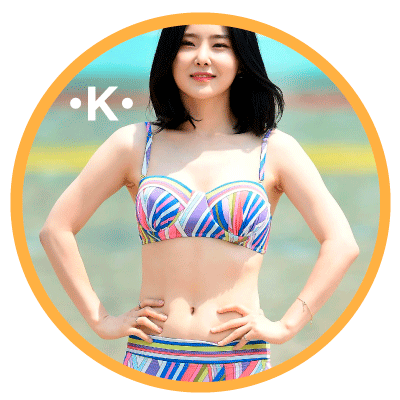 If you ever wondered if you can wear a bikini in Korea, today we say yes! In Korea, you can wear a bikini! But it is not very usual. Or at least not as common as in the West. When they go to the beach or the pool, Korean women wear bikinis, but less than North American or European women. After all, it is still a conservative country. Also, Koreans have a strange tendency that girls can wear miniskirts to show off their legs, but they don’t like it, and they frown upon showing off cleavage.

There are women in bikinis on the beaches of South Korea. However, because the standard beauty is still white skin, wearing bikinis would be counterproductive from the point of view of many women, as they hate the idea of ​​tanning. Because of that, there is a tendency to wear full swimsuits. They prefer protection from the sun rather than wearing a bikini in Korea. Those swimsuits also cover the chest more.

Is it safe to wear a bikini in Korea?

Depending on the perspective we give to this question, we will find two types of answers. Wearing a bikini in Korea when it is summer, and you want to go to the beach, or the pool is safe. As we already said, perhaps it is not very common as in other countries, since Korean women for different reasons prefer to wear bathing suits that cover them more or to wear clothes instead of bathing suits. However, if we consider theirbeauty standards, then we can say that it is not safe to wear a bikini in Korea.

Many Koreans are obsessed with skincare. Hence, it is because their skincare routine is the best of all. Koreans try to delay skin aging as much as possible, and being in the sun is unhealthy. The sun’s rays can cause very severe skin damage, such as skin cancer. Because of that, most Koreans avoid the sun at all costs. In which places are we most exposed to the sun? On beaches and pools! Therefore, it is not strange to go to a beach in Korea and find more than one girl wearing clothes instead of a bikini. They do not find it safe to wear such bathing suits when their skin may suffer the consequences.

What should you not wear in South Korea? 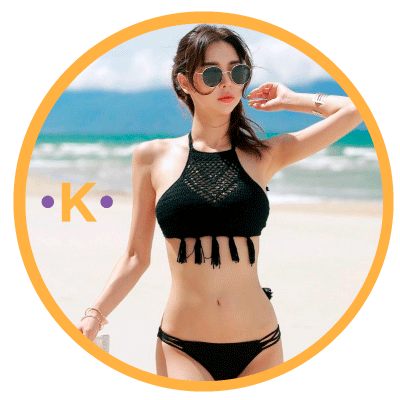 Although it is becoming more acceptable in modern Korean fashion, did you know that wearing these blouses is still not common in Korea?

There are still reservations about showing the cleavage, although there are no problems with showing the legs.

Korean women avoid these blouses so much that they always take extra precautions when sitting or bowing.

Even if they wear any blouse, they fear showing their chest too much. In Korea, women are conservative in showing upper body skin. 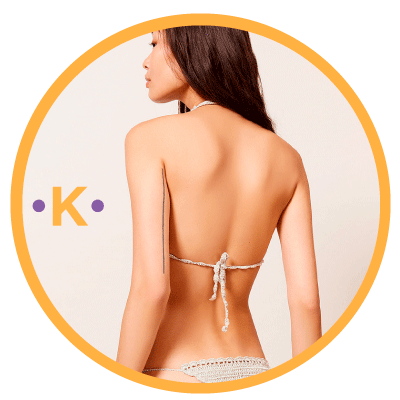 Showing your back is also not a good idea.

When we talk about blouses without cleavage, it means that blouses that leave the back exposed are not accepted either.

There is hardly any Korean women’s clothing that reveals much of the top as it is considered disrespectful.

Show your legs without covering them 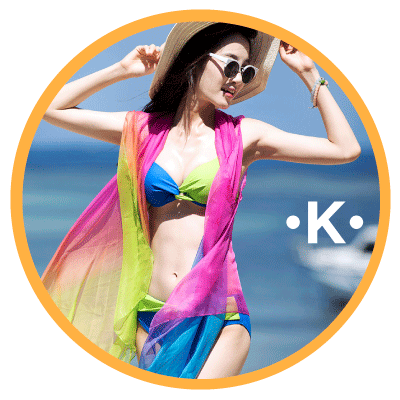 It’s a weird contraction, right? But in Korean fashion, women can show their legs, but not their breasts.

However, when they sit down, they need to wear a shawl or scarf to cover their knees.

The reason is that when we stand up, minidresses and shorts do not rise as much as when we sit down.

For that reason, even if you can show your legs, you should still be modest and conservative.

Leggings as pants are part of western culture. In Korea, it is not. In Korean fashion, women wear leggings under skirts or shorts. When women wear them without pants, they wear dresses or long shirts that cover them. But wearing them without another extra garment is not very well seen.

Men can not expose legs

In Korea, men must wear shorts above the knee. Also, shorts up to the fingertips. Although women can show all the legs they want, men have restrictions on this. Shorts are for informal outings.

Is there a Dress code in Korea?

South Korean women tend to show legs, but they cover the neckline and shoulders, although there have been more sleeveless tops in recent years. If you are not Korean, you will attract all eyes no matter what clothes you wear. Because of that, the Korean dress code fits only Koreans, most of all. Young people dress less modestly than older people, as in most of the world. Some many short skirts and blouses cover the entire chest. Another catch of Korean dress is to look fashionable and well-dressed.

However, the Korean dress code also depends on what your job is. If you work in banking, you have less freedom to dress than as a fashion magazine editor. Koreans, including men, but especially women, dress to the nines in many cases. It is not just for work or formal events, but also in the most casual moments. It may not happen with everyone, and generalizing is not the best, but it is natural to see that happen in Korea.

Now that you know more about Korean fashion and its restrictions, you will know the answer to the question “Can you wear a bikini in Korea?” Although little by little the restrictions and tastes in Korea are changing, there are still some rules. Did you travel to Korea and discover any of these rules from your own experience? Tell us in the comments! Also, don’t forget to visit Korean fashion trends every day. In this way, you can stay connected with all the news in Korean fashion.

In Korea, is it worth wearing skinny jeans in 2021?

What is a Korean Hanbok?

Why is Korean fashion so popular?

Know these male K-pop Idols who have worn skirts