What is the funniest Korean variety show?

Running Man is probably one of the most popular Korean variety shows of all time. Even if you haven’t seen it yet, chances are you’ve heard about it before. Without a doubt, Running Man will be your favorite Korean variety show instantly. Since 2010, Running Man has been entertaining viewers in South Korea and abroad. The show features some Korean celebrities because it deals with different missions. They must complete those missions. Also, if you are a Korean culture fan, this is the right option for you. With more than ten years on the air, Running Man leads the list of Korean variety shows.

Second place on this list of Korean variety shows goes to We Got Married. Maybe it can be a bit cheesy for some. But this variety show is sure to have you hooked in no time. Here, couples have to act as if they are already married. They have tasks that married couples usually have to do. It helps them realize if they are made for each other or not. Although it may seem serious, the show is quite funny. Many idols have participated. They have become the most beloved fictional couples by fans.

The Return of Superman

Do you like children? Then third place on this list of Korean reality shows is perfect for you. The Return of Superman is about a father who has to take care of his children for two days. It means that these fathers don’t receive help from the mother. The series is filmed without intervention and through hidden cameras. All the funny moments are shown through those hidden cameras.

Like Running Man, this is one of the longest-running Korean variety shows. It has been on the air for more than ten years. The show ended in 2018 but has been the standard for Korean variety shows. The show started in 2006. It made Yoo Jae Seok a variety show superstar in Korea. Infinite Challenge features some hosts and comedians who are given all sorts of hilarious challenges to complete. It was one of the longest-running TV shows in Korea and also had the highest viewership ratings during its run.

Knowing Bros is still very much alive and loved by many since its premiere in 2015. For that reason, it could not be missing from this list of Korean reality shows. This variety show features an ensemble of several artists. In each episode, they have to perform tasks. Many idols are guests in each chapter, and we can see them dressed as school students while performing the activities. It’s a fun variety show that you can even watch on Netflix.

Weekly Idol is one of the Korean variety shows that all K-Pop fans have seen. And if not, what are you waiting for? Do it now! Because this is a show that every K-Pop fan must-see. In Weekly Idol, K-Pop artists and bands appear and show off their talent. Big names like BIGBANG and Girl’s Generations have performed there. You can also learn about the new K-Pop artists by watching this show because they have dynamics that allow you to get to know their tastes and personalities a little more. It is one of everyone’s favorite Korean variety shows.

Law of the Jungle

Law of the Jungle is ranked seventh on this list of Korean variety shows. This show started its broadcast when the survival shows were at their maximum. In this one, celebrities are abandoned in a jungle and have to complete tasks to survive. It’s based on a unique theme and is quite entertaining as well.

Show me the money

If you like rap, you should check out this show. It is ranked 8th on this list of Korean variety shows. Show me the money has an exclusive music competition for rappers. It originally started streaming in 2010 and has gained popularity ever since. The show has famous rappers as judges and has produced K-Pop artists such as IKON’s Bobby.

Please take care of my refrigerator

Also known as Chef & my fridge, this show ranks 9th on this list of Korean variety shows. It is one of the most popular Korean cooking shows in recent times. It started in 2014 and is still acclaimed by its viewers. Please take care of my refrigerator features cooking celebrities, guests, and plenty of entertainment. It is an excellent show to enjoy with the family as well.

It is a popular variety show full of music shows to watch. The show starts with 101 different trainees, and the public has to vote for their favorite contestant to stay on the show. From dancing to live musical performances, the show has it all! In addition, the participants who win at the end can be part of a musical group. If you like K-Pop, this option among Korean variety shows is perfect for you.

Although this show is no longer on the air, you should give it a try. That is why we have included it in this list of Korean variety shows. A group of celebrities is sent to a remote area in this show. They interact and fight through games. This variety show is sure to make you laugh out loud. Also, you can find the seasons and episodes on the internet. You will have a pleasant time watching it.

These 12 variety shows are crowned as the best and funniest in recent years. Although there are many Korean variety shows, these are undoubtedly some of the most popular and most enjoyed. Try to watch some of them today and start this week with fun, laughter, and a good time. Which of these Korean variety shows have you seen? What is your favorite? Tell us in the comments. See you in an upcoming Korean Fashion Trends blog!

The most controversial Korean actors of 2021 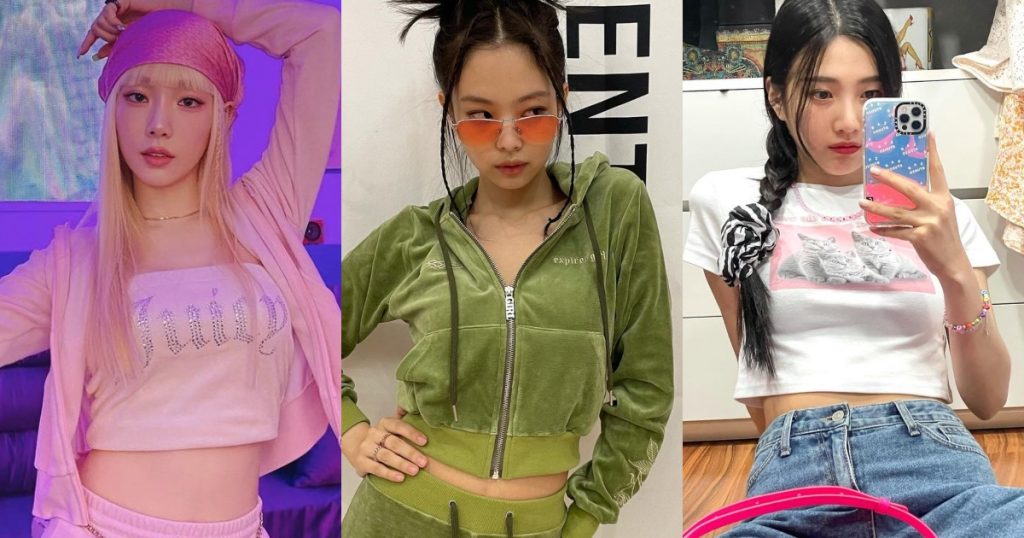 Tattoos in Korea: why are they controversial?
0 replies

Monochromatic Fashion – How long is it going to be on-trend according...